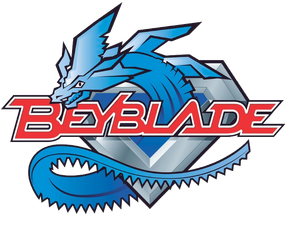 The original Beyblade series consists of the three seasons, Beyblade, Beyblade: V-Force and, Beyblade: G-Revolution, based on the original manga, Beyblade. The series ran from 2001 to 2003. The story follows a team called the Bladebreakers who try to win a World Championship with spinning tops called Beyblades which hold beasts inside. Along the way they make new enemies and allies. It aired on TV Tokyo in Japan and was licensed for distribution by Nelvana for other territories.

Each season consists of 51 episodes with the exception of G-Revolution, which contains 52 episodes, bringing it up to a total of 154 episodes produced. The series released since then are set in alternate continuities from the original Beyblade series with new characters and storylines. These series include Beyblade: Metal Fusion, Metal Masters, Metal Fury, and Shogun Steel (informally known as the Metal Saga) and Beyblade Burst.

Tyson Granger, a young boy and his friend, Kenny enter the Japanese Regional Qualifying Beyblade Tournament. There he meets Ray Kon, Max Tate and, Kai Hiwatari and organize a team called the Bladebreakers in order to win the Beyblade World Championship.

The Bladebreakers have disbanded but their enemy teams reunite them quickly enough. Two new teams, Team Psykick and Saint Shields attack them by trying to steal their Bit-Beasts' for their own purposes. Beyblade skeptic Hilary Tachibana joins the team and throughout the season she learns the true value of Beyblading.

In order to face each other at the World Championship, Tyson, Max, Ray and Kai have once again disbanded the team and rejoined their old teams. With only Tyson, Kenny and Hilary left in the Bladebreakers, a new Blader, Daichi Sumeragi and Tyson's older brother Hiro Granger join them. Soon after the World Championship, the evil Boris creates BEGA as a replacement to the Beyblade Battle Association and to take control of all Beyblade activity. In order to stop Boris, Tyson challenges him, which leads to the creation of the Justice 5 tournament with the fate of Beyblade in the balance.

A manga-only sequel to the series, following the characters after G-Revolution. The Bladebreakers have settled into normal life. After Ray wins the finals of the Beyblade Summer Tournament, he, Kenny, and Mariah stumble across Tyson, who Ray had wanted to fight in the tournament. Instead of competing, Tyson had been training in secret to develop a secret move to counter the one that Kai beat him with in a battle they had the year before. When Kai returns from England to work for his grandfather's company, the two rivals clash again. The manga features Burst style Beyblades but isn't connected to the Beyblade Burst anime or manga.

Retrieved from "https://beyblade.fandom.com/wiki/Bakuten_Shoot_Beyblade_(anime)?oldid=312433"
Community content is available under CC-BY-SA unless otherwise noted.