Berserker Behemoth SR200BWD or Berserker Berigados SR200BWD (バーサーカーベギラドスSR200BWD, Baasaakaa Begiradosu SR200BWD) is a Stamina Type Beyblade released as part of the Synchrome System. It was released in Japan on September 15th, 2012 as a Starter. It is owned by Kira Hayama. 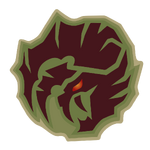 The motif of this Stone Face depicts the Behemoth, a mythological creature in the Bible.

Begirados illustrates a clear monster head in a profile view with the centre of the Beyblade right between its jaws. It has a huge fang and a few smaller sharp teeths creating relief on the top, as well as one horn forming one whole side with ragged edges. This same pattern also adorns the opposite side of the Chrome Wheel. Considering that the other sides are made of the bottom of the jaw and the top of the head, Begirados still has a relatively symetrical design. The hole where the Crystal Wheel's orb is supposed to protrude represents the eye, but it is too small to allow the whole orb to stick out.

Berserker is a symmetrical Element Wheel, representing a line of chains. The orb design appears to represent boulders. While the Berserker Element Wheel has symmetry, its weight is average, and the shape is too irregular to find use. In addition, like all Element Wheels, Berserker is outclassed in all aspects by the use of Warrior Wheels, which are used in Synchrome combinations.

Similar to D125, SR200 possesses a wide and lengthy stamina ring around its core. This ring, while circular around the center, is completely straight vertically.

BWD, as its name suggests, is simply a considerably bigger version of WD. While the latter has a clear width separation with its base that locks onto the Track, BWD takes up all this space, and extends lower too.

BWD is very similar to WD in shape, however, there are many key differences. It is larger and wider, as the tip section now is as wide as the area where it connects to the track. The larger change, however, is that it is sharper. This is mostly a negative effect, as BWD topples over easier than WD, and as a result, has less stamina than WD. It wobbles too much on shorter combos to actually provide any LAD, and it topples much more than WD or D on taller combos. It is almost entirely a worse WD, except in the Zero-G stadium, where sharper tips have an advantage.As its name suggests, BWD is simply a considerably bigger version of WD: while the latter has a clear width separation with its base that locks onto the Track, BWD takes up all this space, and extends lower too. 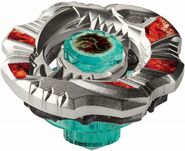 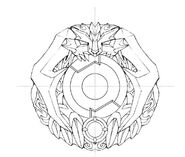 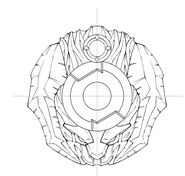 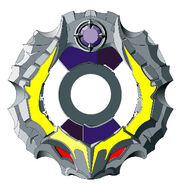 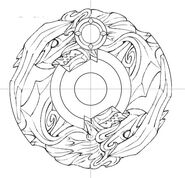 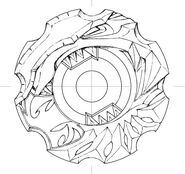 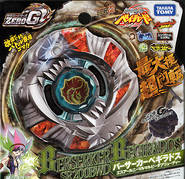