Beyblade: Evolution (Japanese: メタルファイト ベイブレード 4DxZEROG アルティメットトーナメント, Metaru Faito Beiburēdo 4DxZERO-G Arutimetto Tōnamento, Metal Fight Beyblade 4DxZero-G: Ultimate Tournament) is a Beyblade handheld video game for the Nintendo 3DS developed as a joint effort between intergrow and sims, published by intergrow, Rising Star Games and D3 Publisher and licensed by d-rights, Hasbro and Nelvana. It was first announced on April 25, 2013 via Rising Star Games' twitter account[11]. It was released on October 29, 2013 in the United States and released on December 19, 2013 in Japan.[12]

The Western version of the game is available in two versions, a Solus Edition and a Collector's Edition, including a Wing Pegasus 90WF. The Solus Edition has an MSRP of $29.95 USD with the Collector's Edition being $39.95 USD. The Japanese version, however, also has two variants: the normal game and the the Ultimate Bundle, featuring a Samurai Pegasis Limited Color Brave Ver., retailing for 5,040円 and 6,090円, respectively.

Through the in-game Beybattles, gamers will launch their Beyblades through gyro and motion sensors. The Nintendo 3DS' unique Augmented Reality camera can be controlled and adjusted for better angles and such.

Beybattles are played on short Beystadiums with three walls and three exits for possible knockouts. Like previous games, a Beyblade's "health" is determined from its Stamina or "Endurance". While the 3DS' top screen showcases the battle in progress, the bottom reveals a "Spirit" gimmick. Via Face Bolt designs, a Spirit meter measures the strength of its corresponding Beyblade Spirit. How these will be utilized has yet to be seen.

A sneak peek of the Beyblade: Shogun Steel anime can be unlocked and viewed, though it is currently unspecified how, exactly.

Beyblade: Evolution will feature characters and Beyblades from the Metal Saga. It should also "tie-up loose ends" left from the Saga,[13] whilst a German source claims it "bridges the gap" from the aforementioned and Beyblade: Shogun Steel.[14]

The main story is set in "Bey Story Mode" and centers around the player aiming to became the world champion. The World Championship opens up on the "50th turn" which leaves the player with time to train for it. This turn is achieved through a series of challenges/tournaments. Two versions are available: "4D Mode" which includes characters like Gingka Hagane and Ryuga and "Zero-G Mode" featuring characters such as Zyro Kurogane and Shinobu Hiryuin.

Players gain the ability to assign their player an in-game name. A "Map" acts as the game's hub in the Bey Story Mode, allowing the player to travel various sights which appears on the Touch Screen. So far, these include a "Vacant Lot", "Park", "Plaza" and a "B-Pit". Beyblade parts can also be unlocked through Bey Story Mode. Two account files can be used, with them called "DATA".

After choosing their name, Blader DJ welcomes them to Beyblade: Evolution. He explains the World Championship and how it is unlocked. He wants the player to make friends and rivals in the Beybattles and Minigames available, alongside other tournaments. He tells them to head to the Park where a tournament is beginning.

At the park, Gingka Hagane greets them and informs them of how to launch a Beyblade through the 3DS' gyroscope settings. After this, he challenges the player to a battle. The Bladers go to a Normal Stadium with a "1 Deck / 1 Win Tournament-Style" ruling. While Gingka uses the Attack-Type, Galaxy Pegasus W105R2F, the player uses their default starting Beyblade: Evil Wolf 130SD, a Balance-Type.

After defeating Gingka, he tells the player how launching on the "signal" strengthens their shot whilst shooting too soon or late can weaken it. This battle completed "2 Turns" which leaves 48 more in order to unlock the World Championship. Returning to the Park finds a new Blader, Kenta Yumiya. Kenta also greets the player, recommending that Attack-Types should be launched in the Stadium's outer rim, Defense and Stamina-Types in the centre and Balance-Types between the centre and outer rim; also how each Performance Tip varies in its movement. Kenta needs a "practice partner" and chooses the player. While losing to his Flame Sagittario C145S, Kenta reiterates the importance of launching and tells the player to visit the Plaza. The player now has 3 Turns.

At the Plaza, they meet Tsubasa Otori who discusses the importance of Spin Tracks in terms of height. He battles the player with his Earth Eagle 145WD after it, Tsubasa tells the player to visit the Plaza again. As they do so, Masamune Kadoya appears who explains what Bey Spirit is. He battles the player with Ray Striker D125CS and whatever the result, Masamune informs them of a contest occurring tomorrow at the Bey Coliseum.

Arriving at the Bey Coliseum, Blader DJ returns to host it. He informs everybody how the tournament will have every Blader use 1 Deck with 1 Win to advance. The player is matched up against Benkei Hanawa and his Dark Bull H145SD. When defeating Benkei, the player advances against Gingka and his Galaxy Pegasus again. Defeating Gingka earns the player 10000 BP. Blader DJ then tells him that after the next turn, the player can move around in the Map more freely. Bey Parts can be purchased via the B-Pit in the player's town or the neighboring town's WBBA HQ. Blader DJ gives advise to the player and wishes them luck when he next sees them at the World Championship.

In this mode, players can customize their Beyblades via the parts obtained in Bey Story Mode and play multi-player battles through a local wireless connection. Parts can also be purchased through a currency known as "BP". Players can also fight characters seen in the Bey Story Mode.

Bey Factory Mode allows the player to view their current Beyblade parts collection is what is called the "Beypedia". As such not every part is listed as there are over 500 to collect (700 in the Japanese version). Said parts can fine-tune the player's Beyblades too. Parts can also be purchased through a currency known as "BP".

You never know what you're going to get! It could be that one part you always wanted! Check what's inside from the details.

Soon after, the publisher sent out a press release. As described, the game is stated to extensively use the Nintendo 3DS' gyroscope features and manipulate viewing angles with the augmented reality camera.[12]

On October 29, 2013, the game's official release, Rising Star Games will present the "Beyblade: Evolution Official Launch" hosted by the Nintendo WORLD store in 10 Rockefeller Plaza New York, NY 10020. It will begin at 3:00 P.M. and end at 6:00 P.M. featuring various activities. These include hourly prize draws, in-depth game demos and the ability to meet and play with the RSG team.[15]

The game will find availability in two formats depending on which version. For the Western countries, a standalone copy, the Solus Edition, will contain the standard game and manual. A Collector's Edition, however, comes with the aforementioned contents, as well as a bundle with a Hyperblades Wing Pegasus 90WF.

For its Japanese release, a normal copy and an Ultimate Bundle are planned for release. The Ultimate Bundle includes the normal game and a limited edition Samurai Pegasis Limited Color Brave Ver. exclusive to it.

On Japanese website play import.com, pre-orders for Metal Fight Beyblade 4DxZero-G: Ultimate Tournament went out of stock when the game was originally for release September 26, 2013.[16]

Japanese website Arbitool also estimates the Japanese version of the game will reach over 15,000 pre-orders by November 2013.[17]

Metal Fight Beyblade 4DxZEROG: Ultimate Tournament holds an Amazon Best Seller's Rank in the video games department of 8,931 overall, but is #78 in the top action-adventure games for Nintendo 3DS[20]. Despite this, the Metal Fight Beyblade 4DxZEROG: Ultimate Tournament Ultimate Bundle has lower numbers: its Amazon Best Seller's Rank is 12,522 and is only #85 in the top 3DS action-adventure games.[21]. 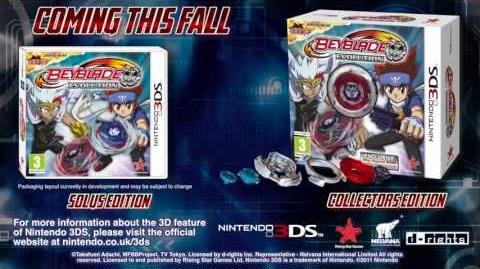 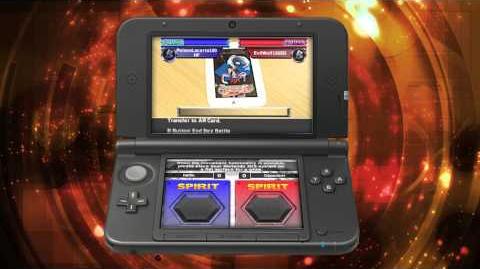 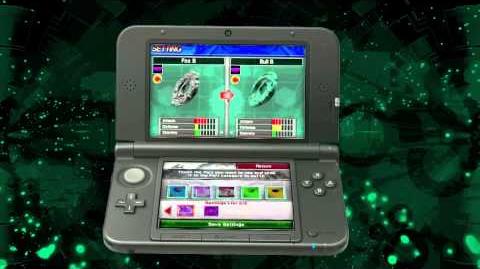 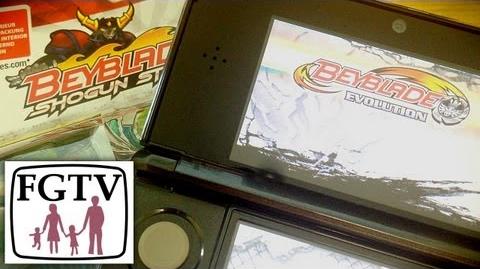 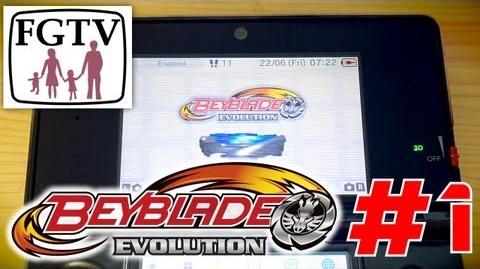 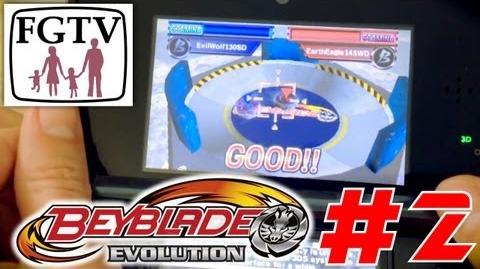 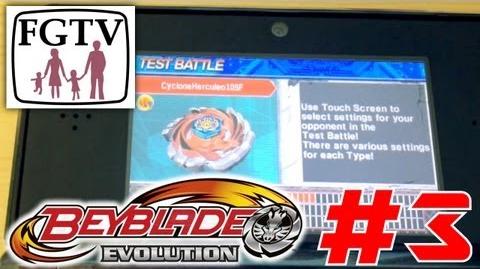 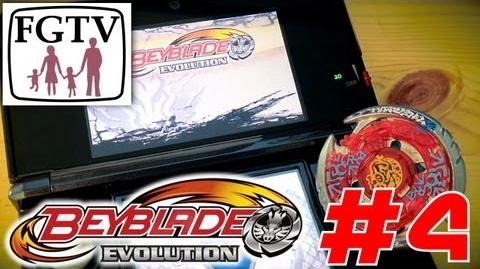 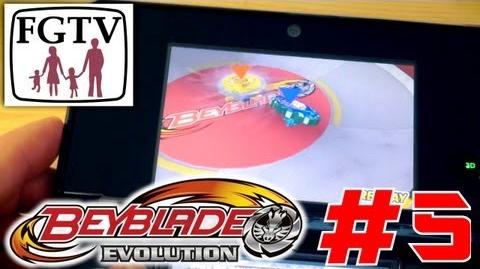 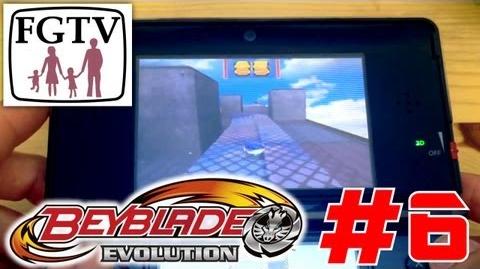 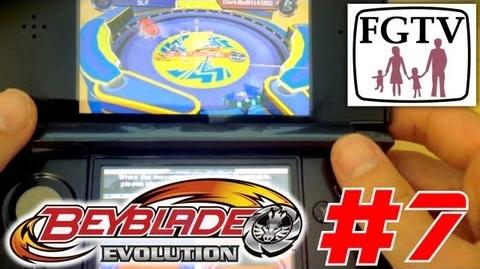 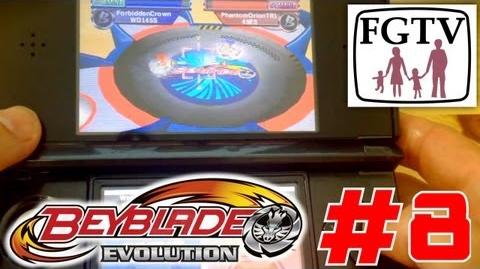 Retrieved from "https://beyblade.fandom.com/wiki/Beyblade:_Evolution?oldid=314016"
Community content is available under CC-BY-SA unless otherwise noted.