Garland is seen in his preparing room, staring at a locked book, which is actually a book containing all of his family's principles. He unlocks it and vows to defeat Tyson for the sake of his family's honor. Meanwhile, Tyson is at the corridor, standing by a wall, with Dragoon slamming that same wall and Tyson's feet. The rest of the G Revolutions team discuss Tyson's chances, considering Garland is probably as powerful as Brooklyn.

Eventually, Tyson explains he Beyblades for the fun of the sport, while Garland explains he plays only for victory. Tyson points out that his reason for Beyblading lies within a Blader's spirit and risking everything for the love of the game. Garland laughs at this, and scoffs at Tyson blading for "meaningless ideals". Tyson explains that the enjoyment of the game itself is much more important than any victory or defeat. Garland once again reminds Tyson that they're currently in battle right now, though Tyson, having had enough, gets irate and states that he's battling an imposter controlled by an empty set of principles, shocking his opponent. Tyson says he wants to fight the real Garland, not a book of rules. Garland accepts the challenge and they get back to the battle, with Garland now fighting without his family's principles and with his own terms.

Eventually, the crowd starts cheering for both of them and Boris observes, seemingly confused. They head for their special attacks and Tyson wins. 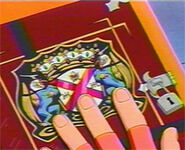 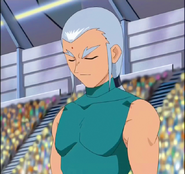 Add a photo to this gallery
Retrieved from "https://beyblade.fandom.com/wiki/Beyblade:_G-Revolution_-_Episode_49?oldid=431131"
Community content is available under CC-BY-SA unless otherwise noted.