Yu Tendo has been crowned the champion of Survival Battle Challenge (In Dark Nebula). So, the WBBA allow Yu to grant his wish. Yu states that his wish is to have a tournamnet called "Battle Bladers." As the crowd gasps, Yu explains that he wants a tournament where all the strongest Bladers in the country and gather and battle in order to see who truly is the country's best Blader. The crowd likes this idea when suddenly, a helicoptor arrives. Gingka sees the Dark Nebula symbol on it, signifying that Dark Nebula is coming. Doji steps out and states he will foresee that Dark Nebula will co-sponser with the WBBA for Battle Bladers and will organize the competitors. Yu then reveals to Gingka that he is a member of Dark Nebula. He states that anyone who enters, will surely be defeated by Ryuga as number one. Gingka gets surprised by this and sees Ryuga. He challenges Ryuga but declines as Ryuga tells him that if Gingka wants to battle him again, he'll have to enter Battle Bladers. Gingka ignores this and launches his Storm Pegasus at Ryuga's Lightning L-Drago. The battle turns fierce as the sky turns black while the battle causes major damage. Lightning L-Drago beats Pegasus and returns to Ryuga. Ryuga tells him that if he wants to have a re-match with him he'll have to do better. Doji then announces that anyone who wants to enter must have 50,000 Beypoints in order to enter. As this is being broadcast around the world, people are surprised at the 50,000 points. Doji finishes up his speech and leaves with Ryuga and Yu in the helicoptor. Gingka and the others are amazed at this and leave. Meanwhile, Doji, Yu and Ryuga talk on the helicoptor. Doji knows that due to this competition all of the strongest Bladers will compete. Then they will be wiped out by Ryuga's L-Drago and it will suck all of their power and become the country's strongest Beyblade. After that, Dark Nebula can achieve their goal of world domination. He also remembers how Ryuga and Yu's first battle went with Ryuga rising out at top. The gang are surprised at how Yu was a member of Dark Nebula all along. Despite Madoka's warnings of the powerful Bladers, Gingka tells them that the only way he can defeat Ryuga is to compete in Battle Bladers. Kyoya tells Gingka that the only one who will defeat Gingka is himself and he will beat Ryuga. Kenta, Benkei and, Kyoya tell Gingka that they wil enter to in order to help Gingka even though, Benkei needs 20,000 more points, Kenta needs 40,000 more points and, Gingka needs 10,000 more points. Gingka appreciates this and is glad they will help him. Later the gang go on their way to Battle Bladers. Madoka catches up and they tell her that they will head to the coliseum where Kenta and Beneki battled before and will have one last battle as friends because once they step out that coliseum they will compete in Battle Bladers. However, Osamu, Takashi, Akira, Hyoma , Hikaru and, Tetsuya appear there. They state that they are going to compete to and want Gingka to beat Ryuga. Gingka appreciates this and they all go head-to-head. Kyoya and Benkei battle, Kenta and Benkei battle, Osamu, Takashi, Akira and Tetsuya battle while, Hikaru and Hyoma battle. However out of nowhere, Gingka's Pegasus comes striking down with it's Pegasus StarBlast Attack and wipes out the competition. After the battle, Gingka goes to Battle Bladers and ends with the motto, "Go Battle Bladers!" 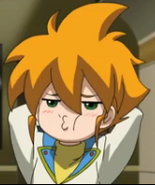 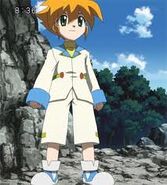 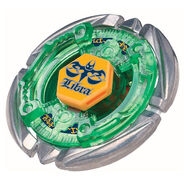 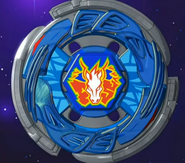 Add a photo to this gallery
Retrieved from "https://beyblade.fandom.com/wiki/Beyblade:_Metal_Fusion_-_Episode_23?oldid=209284"
Community content is available under CC-BY-SA unless otherwise noted.