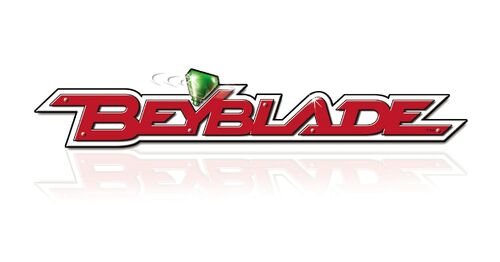 Beyblade (Japanese: ベイブレード, Beiburēdo) is an acclaimed, 15-year-old multimedia franchise brand created by Japanese toy company, Takara Tomy. The franchise surrounds high-performance spinning tops known as the eponymous "Beyblades". Beyblades are customizable and are played by people called "Bladers" who challenge others to games called "Beybattles". Beyblade is also the name of multiple anime and manga series concerning a group of children who form teams with which they battle one another using Beyblades.

Takara Tomy (then known as Takara) introduced the brand during 1999 in Japan and garnered immediate success and popularity. As Beyblade became known throughout Asia, American toy company, Hasbro, licensed the series outside of Asia in 2002 to increased acclaim. However its popularity shrunk and a hiatus followed in 2006. Though in 2008, Takara Tomy issued a Beyblade revival and it once again went global in 2010 with Hasbro's help. Since then, Beyblade has attracted greater popularity and success than before, and is ongoing. Quite a popular toy brand, over 90 million units have been sold since 2010.

Alongside being an immensely popular series internationally, its accompanying anime attracted millions of viewers since its inception while its manga has been translated into different languages around the world.

"Beyblade" is a portmanteau of the words, "Beigoma" and "blade". Beigoma are traditional, Japanese spinning top which inspired and influenced Beyblade's creation. On the other hand, "blade" referred to the various spikes, protrusions, and such found on the Attack Rings of first-generation Beyblades.

Beyblade was the result of two of Takara's failed toylines based on spinning tops called Battletop and Suge Goma. Despite their failure, employee Osamu Mashimo, hypothesized in an implementation of customization which lead to Beyblade's creation and subsequent success.

The very first Beyblade product released was Ultimate Dragoon (renamed by Hasbro as Spin Dragoon) during July 1999. To promote sales, Takara hired Takao Aoki with the task of creating a manga series based on the Beyblades. He created Bakuten Shoot Beyblade, which would become published monthly in the Japanese kids' magazine, CoroCoro Comics.

Hasbro, American toy company, sought out to license the Beyblade toys outside of Asia, due to their huge popularity. In 2002, Hasbro introduced Beyblade to Western audiences, effectively strengthening the brand in addition to recognition. The anime and manga were also translated internationally, with Bakuten Shoot Beyblade renamed simply Beyblade. The anime's sequels were renamed Beyblade: V-Force and Beyblade: G-Revolution, as well.

Although the franchise plowed strong revenue sales, popularity began declining sometime in 2004, due to the Hard Metal System. The decline became universal and Beyblade slowly faded away in 2005.

Three years later in 2008, Takara Tomy publicly announced intentions to revive their old Beyblade brand for a new generation. August 9, 2008 saw Metal Fight Beyblade's release; in addition to a new manga and anime completely unrelated to the previous ones. Mangaka, Takafumi Adachi created the manga which would also be published in CoroCoro as its corresponding anime followed suite on April 5, 2009. Two anime sequels, Metal Fight Beyblade Explosion and Metal Fight Beyblade 4D released in 2010 and 2011, respectively.

March 31, 2012 brought the release of the Metal Fight Beyblade Zero-G toyline, with the goal of a fresh look and "new beginning" to the series. It will be released in 2013 as Beyblade: Shogun Steel.

Beyblade has toys based on the Beyblades' seen in the anime and manga. Beyblade are high-performance spinning tops that launch into an arena via their rip cord and battle another Beyblade.

Retrieved from "https://beyblade.fandom.com/wiki/Beyblade_(franchise)?oldid=288699"
Community content is available under CC-BY-SA unless otherwise noted.