Two years after the International Blader's Cup, the story focuses on Aiger Akabane, a "wild child" that grew up in nature. After battling Valt Aoi, he became inspired to become the No.1 Blader in the world, along with his Beyblade, Z Achilles 11 Xtend (later Turbo Achilles 00 Dimension). He aims to fight strong opponents in an effort to become stronger himself. To defeat Valt Aoi and become the World Champion, Aiger begins his journey. 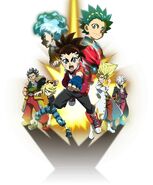 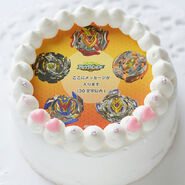 Retrieved from "https://beyblade.fandom.com/wiki/Beyblade_Burst_Turbo?oldid=445238"
Community content is available under CC-BY-SA unless otherwise noted.