It is a beyblade variation of Dranzer MS. It was released only by Takara in MA-10 HMS Custom Try Set. It is an obvious reference to the Black Dranzer that appears in the first season of beyblade but this beyblade never appears in the anime or manga.

The attack ring is exactly the same as Dranzer MS' except the ABS Caul is black. 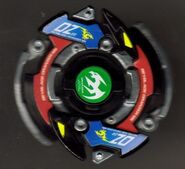 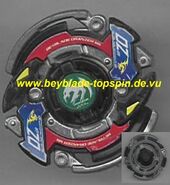 Add a photo to this gallery
Retrieved from "https://beyblade.fandom.com/wiki/Black_Dranzer_MS?oldid=446510"
Community content is available under CC-BY-SA unless otherwise noted.