Bad Seed in The Big Apple

Doctor K is an antagonist in Beyblade: V-Force.

Dr. K has a white complexion with black hair. Her outfit consists of a lab coat with a dark purple under shirt and a grey skirt.

A scientist that worked for Dr. Zagart. She wished to capture the four Bit-Beasts of the Bladebreakers. She secretly extracted bit-beasts from the ancient rock which Dr. Zagart found out about.

During King's match with Tyson she used a particle accelerator to try and weaken Dragoon but Dragoon then attacked her with some help from Ariel and knocked her out.

Doctor Zagart is her boss, but it doesn’t seem as if Doctor K wholly agrees with his methods. She sees using the extracted Bit-beasts from the rock that they had stolen from New York as the way to capture the four sacred Bit-beasts of the BladeBreakers, while Doctor Zagart rejects the idea after the first failure. She goes against his orders by continuing to send bladers out to challenge the BladeBreakers with extracted Bitbeasts. What will be the price of her disobedience?

Alan was one of Max’s friends, who Doctor K uses as one of the thieves to get the ancient rock out of Judy’s lab in New York. She pretty much seems him as a tool, as she does with all of the bladers that she sends out later to capture the BladeBreakers’ Bitbeasts, and tricks him into thinking that a shard of the rock embedded in his blade would allow him to call upon the power of a BitBeast (she didn’t explain that they had to be extracted first). She pretty much just used his feelings of inferiority with Max against him, and there’s no love lost between the two. After Allan sees the error of his ways and how Doctor K had tricked him, he tells Max, Judy, and the police all that he knows about the mysterious woman he had been working for…which, unfortunately, turned out to be very little. 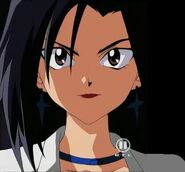 Add a photo to this gallery
Retrieved from "https://beyblade.fandom.com/wiki/Doctor_K?oldid=423552"
Community content is available under CC-BY-SA unless otherwise noted.