Take It to the Max!

Draciel Metal Ball Defenser is a Beyblade that is part of the Spin Gear System. It was Max's first Beyblade. It was replaced by Draciel S.

The AR of Draciel Metal Ball Defenser has four almost straight edged panels around it. Because of this, it it not ideal for defense due to the amount of friction given off from the straight edged panels when spinning. Due to its small size it can be used in a Weight Disk attack customization, but not as effectively as Try Cutter, the AR of Polta and Ultimate Saizo.


As the name “Heavy” implies, the Heavy series of WDs is the heaviest available weight disk (including WDs not in the Six/Eight/Ten sided category). Due to the heavy weight and the compactness of that weight, the Heavy weight disks are often used for Compact type combos for the simple reason of increased RPM.

When the weight of a Beyblade is focused towards the centre (as opposed to a Wide WD where it is focused around the perimeter), its RPM will increase. This weight is also often put to use in Defense oriented customs, with weight being the primary concern in that type.

Ten Heavy is the heaviest out of all of the Heavy weight disks, and generally speaking, is chosen over Six and Eight Heavy when customizing.

Blade Base: Grip Base

Metal Ball Base is the most valuable part in this Beyblade. It has the screw-in base from the 4-layer system which gives the impression of it being out of date, but it is still a good defense type base in due to the additional weight that can be added to it. MBD comes with one set of metal balls that go inside of the BB.

When spinning rapidly, the metal balls in MBD's base roll up the ramps inside to a position closer to the outside of the blade. This gives a higher center of gravity and increased stability, due to a more uniform distribution of overall weight. As the blade slows down, the force of gravity overcomes the centrifugal force and the metal balls roll back down the ramps towards the center of the blade. This hampers balance and stability, but increases spin time. The concept is to essentially remain motionless (in the lateral plane) for the first half of the battle, and then outlast the opponent's blade near the end. However, the design is somewhat flawed, in that the ramps aren't very steep at all, so nearly any rotational motion causes the metal balls to slide up the ramps. 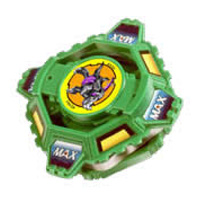 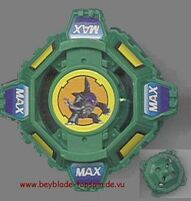 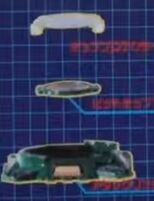 Add a photo to this gallery
Retrieved from "https://beyblade.fandom.com/wiki/Draciel_Metal_Ball_Defenser?oldid=421446"
Community content is available under CC-BY-SA unless otherwise noted.