Dragoon F is an Attack-type Beyblade and was Tyson's third Beyblade. It was preceded by Dragoon S and was replaced by Dragoon V.

The Dual Dragon (デュアルドラゴン, Deyuaru Doragon) is a two-tiered Attack Ring featuring four dragon-headed themed attack points. The top layer is the central piece of the Attack Ring and featured four, large dragon-head blades of moderate diameter. The secondary layer is a four-bladed ring which connects to the primary layer, for added shock absorption.

Blade Base (BB): Fantom Grip Base

This attack-based Base has a tall red rubber Grip Shaft at the end. However, although this Base has more rubber than Dragoon S' Storm Grip Base, the Grip Shaft's rubber is too stiff to build up sufficient friction on the stadium floor for the fast movement patterns the Dragoon series are well known for. In addition, the Base's height is not low enough, either. when the rubber will wear out it will become super aggresive in stadium and has very worst stamina 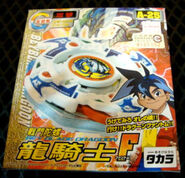 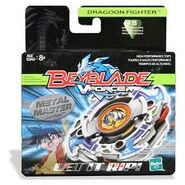 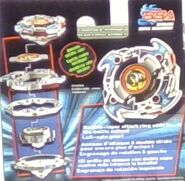 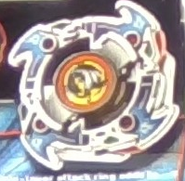 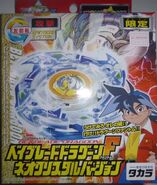 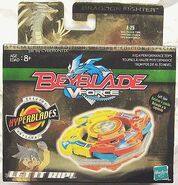 Retrieved from "https://beyblade.fandom.com/wiki/Dragoon_F?oldid=421796"
Community content is available under CC-BY-SA unless otherwise noted.