Dragoon GT (ドラグーンＧＴ Doragūn GT) is a Left-Spin Attack-Type Beyblade that uses the Engine Gear System. It was Tyson's seventh Beyblade. It evolves from Dragoon G and evolves into Dragoon MS.

It was released with a blue Neo Reverse Shooter, red Dragon Winder and white Dragoon Starter Key by Takara as a Starter Set in Japan on June 2003. It was later released by Hasbro as a Starter sometime during 2004. 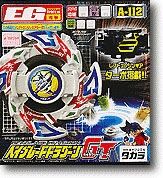 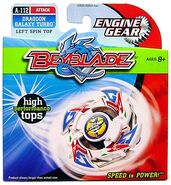 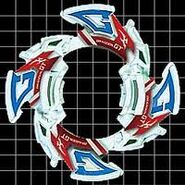 Retrieved from "https://beyblade.fandom.com/wiki/Dragoon_Galaxy_Turbo?oldid=408910"
Community content is available under CC-BY-SA unless otherwise noted.