Day of the Dragoon

Legend of the Fourth, Awakening!!

Attack Type Beyblade released as part of the Spin Gear System. It was preceded by Dragoon Grip Attacker and was replaced by Dragoon F.

Reverse Dragon was the first Attack Ring designed for attacking in left spin. Reverse Dragon has four attack edges with red and black colors (green and purple in the early versions) and a bit chip holder. The coloring for the attack ring is white with variations in color design.

Main article: Blade Base - Storm Grip
Storm Grip is a low and fast attack base due to the rubber tip at the end of it. It's the best Pre-Magne System Attack Base. However, like any Blade Base with a rubber tip, it wears out after repeated use.

Dragoon S is Tyson Granger's second Beyblade and the first one with his Bit-Beast. He uses it from Day of the Dragoon to Showdown in Vegas.

Dragoon S is Tyson Granger's third Beyblade. It debuted in Legend of the Fourth, Awakening!!, after Dragoon Grip Attacker was destroyed by Rei Kon.

Name In Other Languages 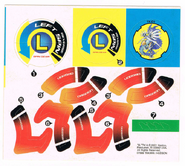 Bottom View
Add a photo to this gallery 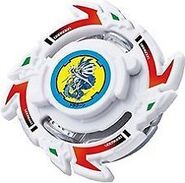 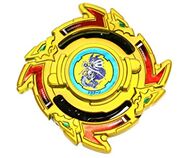 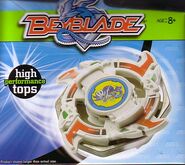 Anime Version of Dragoon S (with Red and Black stickers) 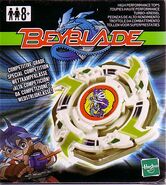 American Version of Dragoon S (with Green and Purple stickers)

Retrieved from "https://beyblade.fandom.com/wiki/Dragoon_Storm?oldid=421589"
Community content is available under CC-BY-SA unless otherwise noted.