Dranzer V2 is a

Balance Type Beyblade released under the Magnacore System. This

Right Spin Beyblade is the fourth entry in the "Dranzer" series following the A-47 Dranzer V. It features a dual-directional, Upper Attack-style Attack Ring, a Blade Base equipped with a revised automatic clutch system that switches between Attack and Stamina performance modes according to spin velocity, and a Support Part designed for increased Endurance.

This Beyblade was featured in the "Beyblade: V-Force" anime, the "Beyblade" manga, and various video games as the signature Bey character Kai Hiwatari before he upgraded to a more advanced model.

The AR of Dranzer V2 is completely symmetrical. It was designed in the shape of an oval with two wings in the shape of short right triangles and the letter 'V' incorporated between them on both sides of the AR. The two wings slope away from each other, and these slopes give the AR some Upper Attack. However, unlike the long slopes of Master Dragoon's AR, Upper Dragoon, Cross Dranzer's aforementioned slopes are quite short in comparison, decreasing its the ability to lift the opposing Beyblade as effectively.

Use in Upper Attack Combos

The short slopes on the wings of Dranzer V2's AR give it somewhat effective Upper Attack in both spin directions. Here is an example:

This customization is useful for defeating both Survival and Balance type customizations. It destabilizes the opponent, causing them to floorscrape, which allows this combination to win by outspin.

Cross Survivor is almost circular. And helps in stabilizing the bey. It distributes the Beyblade's weight outside the bey to increase stamina

Blade Base (BB): Customize Clutch Base

Use in Upgraded Dranzer V2 Combination

Customize Clutch Base can be manipulated to stay in Survival Mode longer through the use of 10 Heavy and the Heavy Metal Core (Metal Driger) to favorably alter the time of retraction of the sharp tip.

The Heavy Metal Core and 10 Heavy give Dranzer V2 a higher spin velocity, allowing it to stay in survival mode for longer periods of time. This is beneficial because the Attack Mode is inneffective at it's job and absymal in endurance. 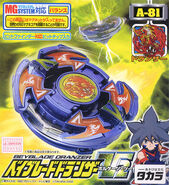 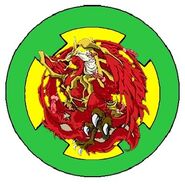 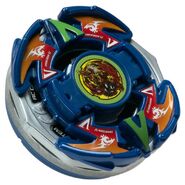 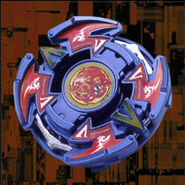 Dranzer V2 is a useful Beyblade, with a viable Attack Ring, vital Support Part, and curious Blade Base; Dranzer V2 is a deserved purchase for any blader, specifically Balance and Survival enthusiasts.