Driger Gatling is an

This Beyblade was featured in the "Beyblade: G-Revolution" anime, the "Beyblade" manga and various video games as the signature Bey for character Ray Kon before he upgraded to a more advanced model. 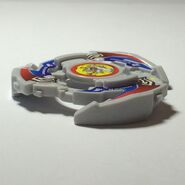 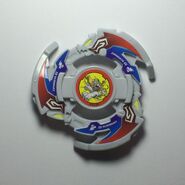 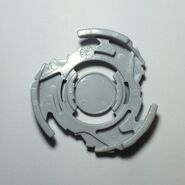 Main article: Engine Gear - Right Engine Gear (Metal Semi-Flat)
Right Engine Gear (Metal Semi-Flat), despite its name, has a relatively flat tip - like Dranzer V, the Semi-Flat classification seems to pertain to the smaller diameter rather than any significant bevelling of the edges. The tip shape itself provides reasonably aggressive movement and decent speed for Attack, and the use of metal provides solid Survival compared to most other Attack type tips. On the whole, however, the tip is unexceptional and outclassed by a great many more effective alternatives, such as SG Metal Flat Base (Gaia Dragoon V Version). The Engine Gear gimmick provides an additional burst of speed at a time determined by the Blade Base, however its uncontrollability, coupled with the rather poor traction of the tip, means this is rarely of any use, and in fact sometimes poses a Self-KO risk, and the tall height it necessitates severely damages the ability of most Attack Rings to make effective contact with opponents. Like most Engine Gears, this part is considered useless.

Blade Base - Instant Release (Driger G Version) is a Blade Base released as part of the Engine Gear System. It debuted with the release of Driger G.

Driger G’s Blade Base is a rather plain, circular Blade Base, with a clutch that activates the Engine Gear at the start of the battle. Its smooth, sloped underside and round shape provide some Life After Death, but not to the degree of competitive notability, and its bulk prevents any offensive use. Its round shape makes it better than most Engine Gear Bases as it uses its bulk more effectively, but it still fails to find any use for this. The only use worth mentioning is some small ability in Circle Survivor Defense Customizations, however, it is outclassed for this purpose by Wolborg 4's Normal Base (Wolborg 4 Version), and therefore sees little use for this either. As such, like most Engine Gear Bases, First Clutch Base (Driger G) is considered mediocre and sees little to no use in serious competitive customization. 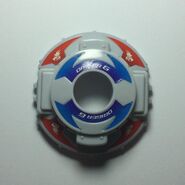 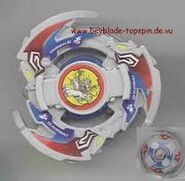 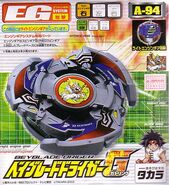 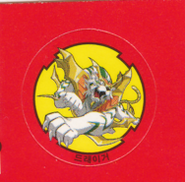 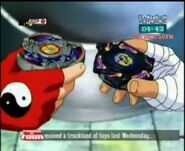 Retrieved from "https://beyblade.fandom.com/wiki/Driger_G?oldid=422805"
Community content is available under CC-BY-SA unless otherwise noted.