Driger V2 is a

Balance Type Beyblade released under the Magnacore System. This Beyblade is the fourth Beyblade in the Driger series following the A-53 Driger V. The Driger V2 was designed with an Attack Ring that works in conjunction with Support Parts for enhanced Upper Attacks and a Blade Base with a revised "Metal Change" tip.

This Beyblade was featured in the "Beyblade: V-Force" anime, the "Beyblade" manga, and various video games as the signature Bey character Ray Kon before he upgraded to a more advanced model.

Driger V2 is famed for its ability to defeat a wide range of opponents with little to no customization. While its parts aren’t extremely powerful individually, they work excellently together and can be used in a variety of customization. Driger V2 is a good choice for a first Beyblade, and a very useful Beyblade to own, albeit not a must-have.

The Attack Ring of Driger V2 consists of two tiger heads, followed by long slopes that reach down to the level of the weight disk, consistent with the desired properties for Upper Attack.

The tiger heads are quite large and sometimes obstruct the slopes, reducing their ability to get under opponents. They also produce some Smash Attack in left spin, but there are a great number of better options. The angle of the slopes change at two points, and this introduces a certain amount of Upward Smash (that is, Smash Attack that hits at an angle from below, smashing, rather than lifting, the opponent upwards). The rather shallow lifting curves, combined with the obstructions, limit the lifting potential of this AR, and by itself is generally outclassed by other Upper Attack ARs.

However, this AR is almost always used in unison with its respective Support Parts, Upper Attack SP, which greatly improves its abilities. When combined, the small gap where the AR and SP meet, as well as the points on the AR where the angle of the slope changes, provide the impacts needed to KO opponents once they have been lifted off the stadium floor.

There is one further limitation of Upper Claw with respect to Upper Attack: it is only effective in Right Spin, unlike Upper Dragoon and Triangle Wing, which have effective slopes in both spin directions.

Due to the limitations of its design as a stand-alone part, this AR should not be used without Upper Attack SP.

As the name indicates, Upper Attack SP hangs very low and has a well-shaped slope for lifting opponents. The main use of these SP is in tandem with the Upper Claw AR, where the two line up perfectly, doubling the length of the upper attack slope, and allowing it to begin at a lower height than any Attack Ring. This allows Upper Attack SP to easily get under opposing Beyblades and lift them.

While usually used with Upper Claw, the Upper Attack SP can even be functional by themselves, by using a small Attack Ring such as Polta's Try Cutter and a compact Weight Disk such as 10 Heavy.

The low height of these SP comes at a cost, however. They are well known for scraping along the stadium floor on shorter bases or when launched at a sharp angle, which often must be done to get aggressive movement out of Customize Change Base. As such, it is best to use them with taller bases, although they will still cause scraping issues as the Beyblade they are used on loses balance.

These SP can be inverted like many others, but doing so requires a 6 Heavy Weight Disk, and is not particularly useful.

Upper Attack SP are also considered by some to be more useful for Smash Attack than the more popular Fin Tectors. While conventionally used with Upper Claw for Upper Attack, they can be used in Smash Attack combos to good effect, though one must be very wary of possible scraping issues, as well as obstruction of contact points that may occur due to their large size and round sides.

When paired with the Upper Claw, the Upper Attack SP provides excellent Upper Attack capability, and the low starting point of the slopes of Upper Attack SP means that they are able to lift even the lowest of opponents, even on relatively tall bases such as Customize Grip Base. This allows the use of an extremely fast Blade Base and an HMC in the same combination, something which other Upper Attack ARs are unable to do without sacrificing some of their ability to get under opponents.

Ten Heavy and the HMC both maximize the ability to maintain a high RPM and Customize Grip Base offers good grip and excellent speed, even with centralized weight distribution, increasing the ability of the AR and SP to knock opponents out after lifting them. This results in a very powerful Upper Attack combination that can be used with great success against a wide variety of opponents.

Blade Base: Custom Metal Change Base

Customize Change Base also weighs 2 grams more and is compatible with Support Parts, most notably the suitably compact Defense Ring. However, it is also taller, and this increased height means its predecessor is generally preferred for use in Compact customization. However, Customize Change Base is still a good choice, especially if one is put off by the more aggressive movement of Metal Change Base, but still wants the Survival provided by a metal tip.

There is also a rare mold with a completely sharp tip. The increased ability to maintain RPM gives it better Defensive ability. This mold finds good use in defensive Compacts, though one must be wary as using it results in a combination with no Attack ability, limiting the versatility that makes Compact customs so powerful.

Use in Compact Customization While generally outshone by Metal Change Base, Customize Change Base does still find use in Compacts, though the only suitable support part is Voltaic Ape’s Defense Ring. The less aggressive performance may appeal to some who are put off by the aggressive behavior of Metal Change Base, but still, wish to benefit from the added survival ability of a metal tip. The following is an example of a compact which focuses on the unique abilities of Customize Change Base:

Any mold of the base will work well with this customization, though Metal Change Base is generally a better choice than more aggressive variants. War Lion is chosen over other AR options to further focus the Defensive abilities of the customization. 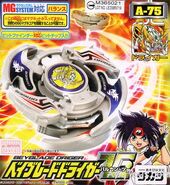 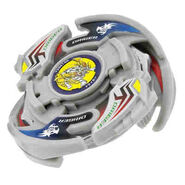 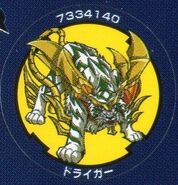 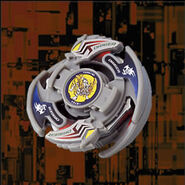