Flash Leopard is a Balance-type Beyblade and was Ozuma's first Beyblade. This blade evolves into Flash Leopard 2.

Use in Compact Combination

While this is not the ideal Compact combination that can be used, this combination is a result of the attributes that make Panther Claw special, which is that it is a very aggressive attack ring for a balanced attack ring. This combination stays true to the ideals of Compact with centralized weight and high spin velocity, with the ability to switch to attack mode with Metal Change Base (Driger S) and an aggressive launch.

Blade Base (BB): SG Semi-Flat Base

Ozuma uses it to easily overwhelm both Tanner Conner & Tyson Granger in a matter of moments. When Tyson challenges Ozuma, he uses it to test Tyson's power but then uses his invisible Bit Beast (Flash Leopard) to easily defeat him. This blade has immense strength, as shown when Ozuma used it to interrupt the rematch between Kai & Dunga and is able to destroy the bridge above them in one launch.

Ozuma sends Joseph to spy on the scientists and the Saint Shields learned of the Magnacore system. Ozuma & Dunga utilize this system & Flash Leopard is upgraded to Flash Leopard 2. 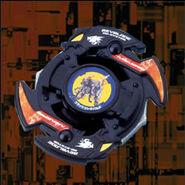 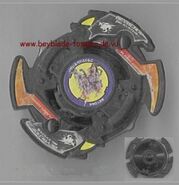 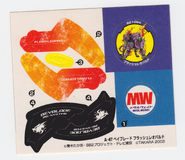