Flash Leopard 2 is a Balance-type Beyblade and is Ozuma's second Beyblade. It is the evolution of Flash Leopard.

This AR has three Panther heads on it. It can survive quite a beating (such that it's stickers wear out before the attack ring does), and has moderate attack/defence. It has excellent Smash Attack when used with a 10 Wide WD in left-rotation. It is very similar in design to the Blitz Fusion Wheel (Assault Mode).

An above average weight disc that is solid throughout (no indentations on either side). Great for a mix between attack, defence and endurance, unlike the wide light weight disks which focus too much on solely endurance.

A magnet core that is attractive based, focusing on defense. It can be switched for a North core for an attack based beyblade (this is not advised as the beyblade comes with a sharp base).

Blade Base (BB): Metal Sharp Base

The sharp base lets the beyblade last a substantial amount of time on the battlefield. On rounded surfaces however, the beyblade is easily toppled (this can be circumvented with magnet infused bey stadiums which keep the beyblade in place or with a 10 Wide WD). The metal tip enforces the magnetic properties of the beyblade.

This beyblade comes with a purple shooter. 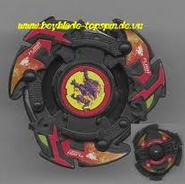 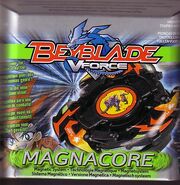 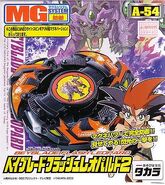 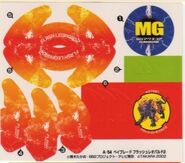 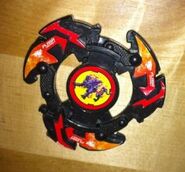 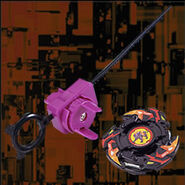 Flash Leopard 2 in the Anime

Flash Leopard 2 is comprised of a mixed array of parts: Panther Head is one of the top-tier Attack Rings for Left Spin Smash Attack, but other ARs such as Takara's Metal Driger, Dragoon G, or Driger G are both more cost-effective ARs and purchases; SG Metal Sharp is completely useless; Ten Heavy and Neo Right Spin Gear (North Magnecore) have some use in a variety of customizations. Overall, Flash Leopard 2 is definitely a good buy, but it is generally not worthwhile if one already has a competitive Smash Attack AR.