Gaia Dragoon (ガイアドラグーン Gaia Doragūn) is an Attack Type Beyblade released as part of the Spin Gear System. This Beyblade is a Takara exclusive. It is owned by Daichi Sumeragi.

This purple Attack Ring depicts two large protruding dragon heads on opposite sides, forming an overall oval shape. It also is capable of holding a Sub-Attack Ring. It comes with a clear orange version of the wing S-AR. Due to how thin the Attack Ring is it breakage issues, and suffers unavoidable recoil due to how far the dragon heads stick out.

Heavy Attack is a part of the Heavy Series of Weight Disks. It is shaped like a hexagon, much like Six Heavy, but has circular notches on each vertex. While this is supposed to give more Attack power to the Beyblade, it is highly unlikely this Weight Disk will ever make contact with an opponent due to how small the Weight Disk is. Since Heavy Attack is lighter, and doesn't offer any helpful Attack, Ten Heavy is a superior choice in Defense, Compact, and One-Hit-KO combinations. This Weight Disk is only useful for those who do not own a better Weight Disk from the Heavy Series.

Right Spin Gear (G Ball) has the normal casings around it, but the main core is a unique version that only works with Gaia Dragoon G Special Base. It contains a single metal ball, and 4 square shapes used to hold the ball bearings in place, inside the base. Since it does not work with any other Base, this Spin Gear has no use in competitive play.

This Blade Base contains 4 metal balls. The Spin Gear's G Ball core hold the balls down inside of the Base. The tip is a translucent yellow flat tip. This Base has poor stability due to the protrusions on the Base that hold the ball bearings. Due to its lack of high speed movement and scraping issues, Gaia Dragoon G Special Base should never be considered for any type of customization in competitive play.

Gaia Dragoon, while an interesting release, does not contain any competitively useful parts. It should only be bought for collection purposes. 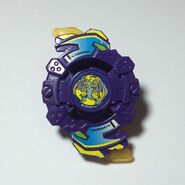 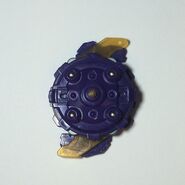 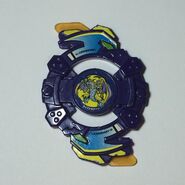 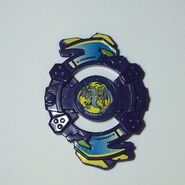 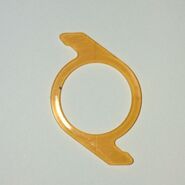 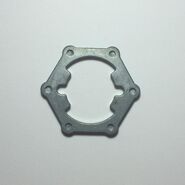 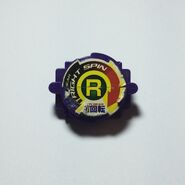 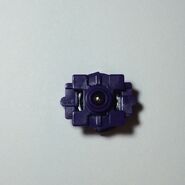 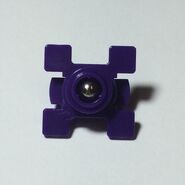 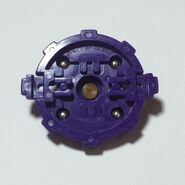 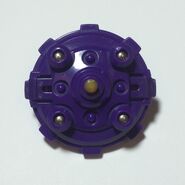 Bottom View of of Gaia Dragoon G Special Base 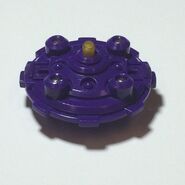 Side View of Gaia Dragoon G Special Base 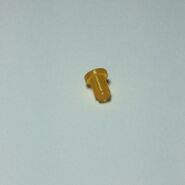 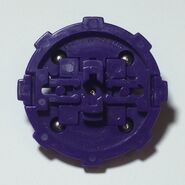 G Special Base side veiw on the box 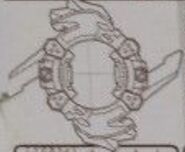 Gaia Dragoon's AR on the box 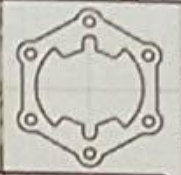 Gaia Dragoon is Daichi Sumeragi's first Beyblade and first one with a Bit-Beast but since the movie is not canon, technically Strata Dragoon V is his first in the anime. It was given to him right before his father passed away. Daichi challenges Tyson's Dragoon V2 and loses, setting loose the Dark Sacred Bit-Beasts. It debuted in Beyblade: The Movie - Fierce Battle, and evolves into Strata Dragoon V after defeating Daichi defeats the Dark Sacred Bit-Beasts.

Gaia Dragoon is Daichi Sumeragi's first Beyblade and first one with a Bit-Beast. It debuted in Meeting Daichi!! where it is revealed that it was given to him right before his father passed away.