Galeon 2 is a Balance Type Beyblade and was Lee's second Beyblade. This was released by Takara in Random Booster 9 as one of the three prize beyblades. Hasbro never released it however. 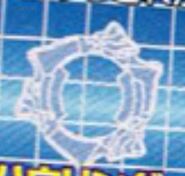 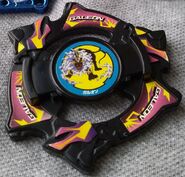 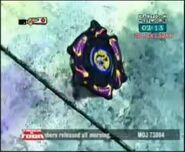 This Beyblade along with Random Booster 9 is generally very rare especially, the black version and should only be bought for collection purposes.