Out Of Their League

This is basically an Engine Gear version of Driger F's Spin Gear & Blade Base gimmick, where it starts off in attack mode & the clutch tabs are released on the blade base, making the engine gear spin freely, which is its endurance mode. Hasbro released Gigars with a regular right-spin engine gear.

This customized Engine Gear tip is basically a CEW version of Driger S & V2's tips on their bases. 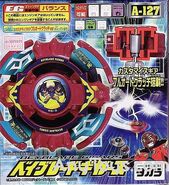 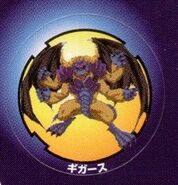 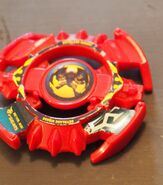 Attack ring
Add a photo to this gallery
Retrieved from "https://beyblade.fandom.com/wiki/Gigars?oldid=413599"
Community content is available under CC-BY-SA unless otherwise noted.