The Zirago Stone Face features the swift-like depiction of the mystical Qilin or Kilin. Shown in a running motion, the golden Qilin jogs to the left with a a dragon-esque face very reminiscent of Chinese representations leading to its two front hooved legs and its back ones as well. Its tail is made up of blazing flames, this can also be seen at the back of its neck and on one of its front-legs. With pupil-less red-eyes and some red diamonds scattered around the body, the Qilin is embodied on a ruby Stone Face.

Zirago is mostly designed in a symmetrical appearance like Gargoyle, unlike most of the Chrome Wheels. Two-sided, these sides just feature a stylized representation of a Qilin as they chomp on the two holes of the Chrome Wheel. While one is to support a Crystal Wheel, interestingly enough however, the other is instead embodied as a metal sphere protruding from the Wheel, itself; probably to provide additional weight and added support for Synchrom. While the two "holes" have a sun-like flare circling them, the Qilin's are shown with a long neck made of distinct layers, various blazes resting atop its forehead and also acting as eyebrows. A pupil-less eyes is also to be seen alongside its "beak-like" mouth lunging towards the holes. Some reptilian-like flaming and deep-blue decals are also seen.

Wing Attack 130 is a Spin Track only featured on Thermal Lacerta and Burn Serpent from Random Booster Vol. 5. It resembles Wing 105 Track but without the two small pointed wings and a larger space coverage. The wings can be removed to become a 130, although illegal. This Spin Track only just pokes out of Thermal. This can also be switched from clockwise to counter-clockwise and is free-spinning. Because it is free-spinning, it is possible to remove the wings and place them on ED145, creating WA145 and ED130, however, this is illegal and cannot be used in tournaments. WA130 is a 130-height Track with two aerofoil-shaped wings that rotate freely around the Track. By removing this piece, and flipping it over, the direction of the wings can be changed i.e., Attack Mode & Defense Mode. These wings are negligible in battle: while they offer minor protection against lower Attack-Type opponents, there are better Tracks for this purpose. The wings can scrape along the stadium floor, causing a loss of spin, so WA130 is useless in Stamina combinations. WA130 can be used in various attack combos such as Evil Leone WA130WB, however, it is not recommended if you use this combo a lot because it is so aggressive it sometimes knocks itself out of the stadium.

The main appeal of this Track is its height. The 130 height has proven useful in certain Attack customizations. However, as it cannot make contact with lower opponents due to its free-spinning nature, it is considered less useful for this purpose than S130. In addition, the most popular user of this height, Fang, already comes with a plain 130 Track in its 3 releases, Fang Leone 130W²D, Twisted Tempo 130RS and Forbidden Eonis 130D.

Hole Flat (HF) has a similar movement to that of Flat, with the main difference being a slight Stamina improvement due to the hole in the center of the tip. However, this comes with the detriment of even less grip to the stadium floor than Flat, as well as increased fragility. The hole will eventually wear after use, reducing its grip further. 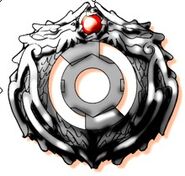 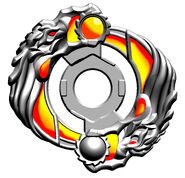