A Champion Is Crowned

No. of Episodes Used

Made for This is the eyecatcher theme for Beyblade Burst Evolution. It was released on October 29th, 2018.

Risk it all, lose yourself in the moment,
Stakes are high and it's our time to show them,
We won't back down and we're ready for battle (Battle, battle...)

Came so far and there's no turning back now,
Chase it down are you feeling the rush now?
I got my Bey and I'm ready for battle 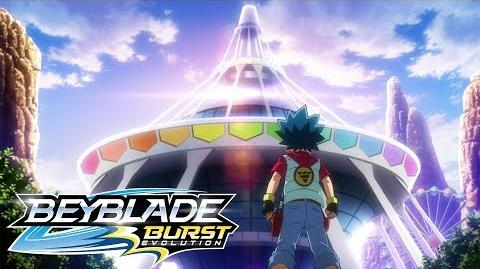