Double Attacker depicts two asymmetrical dogs. This Attack Ring sees use mainly in Right Spin Smash Attack customizations, which is provided by the protrusions acting as the dogs' bodies. However, due to the great asymmetry of this AR and the big space between the two bodies the Smash power is not very strong; for this reason Double Attacker can't be considered a competitive Attack Ring.

Twin Guard is a SP suitable for Defense,Survival and Zombie because of its perfectly round shape. It is similar to the Survivor Ring (Dark Series) with the exception of having two small wings instead of three projections.

Use in Zombie\LAD Customization:
* Note refer to Adding a Different SG if you do not know how to setup the SG.

Because of Customize Grip's ability to hold a SP and thanks to the round shape, this SP can assist greatly with Life After Death. Another advantage of the SP is that it aligns perfectly with the Wide Defence. Here is an example:

Use in Survival Customization:
Here is an example:

Blade Base (BB): SG Bolt Base

SG Bolt Base is a Flat Blade Base that hold four screws. The tip of the base is made of hard plastic; for this reason this Blade Base has both good attack and stamina capabilities. However, because of its height, this Blade Base can't be considered for the competitive game. 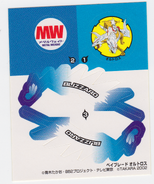 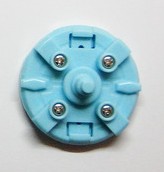 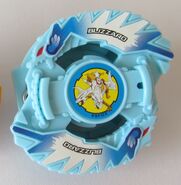 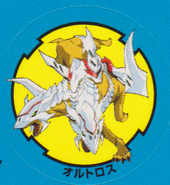 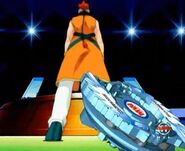 Retrieved from "https://beyblade.fandom.com/wiki/Orthros?oldid=412552"
Community content is available under CC-BY-SA unless otherwise noted.