Pisces DF145BS is a Stamina-type Beyblade that was only released in Japan. Its evolution is Thermal Pisces T125ES. Pisces is the prize Beyblade in Random Booster Vol. 2 Legend Pisces.

Use In Attack combination Edit

Use In Balance combination Edit


BS offers very little movement and provides no Attack potential. The pointed tip is supposed to allow very little friction between the Performance Tip and the stadium surface, which is used to help prevent the loss of spin velocity. However, BS has a low amount of Stamina, being beaten by many attack type tips in stamina battles. It also experiences the balance issues that the S series bottoms share because its tip is so fine. It is not recommended to use in competitive battles. D, WD, S and SD are better choices. 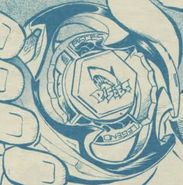 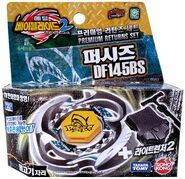 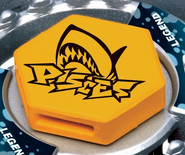 Retrieved from "https://beyblade.fandom.com/wiki/Pisces_D125BS?oldid=438900"
Community content is available under CC-BY-SA unless otherwise noted.