This face depicts the skull and horns of a Balrog, a mythical demon of fire and shadow.

Like all Warrior Wheel, the Balro Warrior Wheel features an asymetrical design. However, Balro has a unique design feature: like the Balro Shogun Face Bolt, the design is reversible, and becomes a different Spirit design when viewed upside down. On one side is a demon head with two long horns and an abnormal, star-shaped right eye. On the opposite side, the design features a skull design with wing-like protrusions surrounded by flames. Most of the Balro Warior Wheel's surface is dedicated to the two large horns; the overall shape consists of many jagged edges and curves.

SWD has an odd shape: it's basically a small sharp tip encased in a straight, circular frame of plastic, leaving a hole between the tip and the frame. From the side, SWD looks like a large FS with a smaller tip.

Sharp Wide Defense (SWD) is a Balance-oriented Performance Tip first released with Fusion Hades and is an upgraded version of Defense Sharp (DS). As its name states, SWD consists of WD fused with S. While it retains the same appearance as WD, it has a hole at it's bottom. The hole reveals the Sharp Tip protruding upwards. This is similar in manner to DS, abeit SWD's surrounding ring is wider. SWD also bears an uncanny resemblance to EWD, minus the free-spinning bearing. This release of SWD is translucent red in color.

In terms of overall performance, SWD is a rather good Performance Tip for Stamina Combinations, as it does well on combos that use Fusion Wheels such as Scythe, Phantom, and Duo, although failing on certain combos; especially against combos that use WD, as well as on combos using Performance Tips of tall-height like TH170. It is also viable to scrapes on BD145, similar to WD and EDS, but appears equal to WD on other occasions.

Overall, SWD is a good Stamina tip, able to hold its ground against other Stamina Combinations. 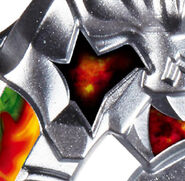 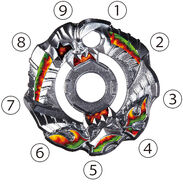 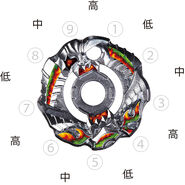 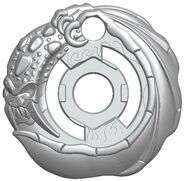