Sol Blaze V145AS is an "Ultimate-Type" Beyblade that appeared in the Beyblade film, Metal Fight Beyblade VS the Sun: Sol Blaze, the Scorching-hot Invader. It was owned by Helios.

The Face Bolt depicts the Sun, the star in the center of our Solar System. The design is of the scorching-yellow Sun which seems to have an "eye" in the center in a vortex-like shape whilst on a red Face Bolt. And if you look closely,you can see the word SUN on the surface of the sun. One of the ways to identify a fake Sol Blaze is that the fakes have a white motif, although some other fakes have similar motif's as the original.

Sol is painted a metallic red and is separated into four sections, each carrying three leaf-like spikes; each second spike features a yellow highlight for a grand total of twelve spikes. The spikes also have gaps on them from a front-side view. Sol has similarities with Dark due to the design as well as featuring twelve spikes in total. However, just like Dark, Sol is hollow and features no Attack, Defense, or Stamina potential whatsoever. However, Sol experiences less recoil than Dark due to the spikes being closely packed together. It is also available in black and yellow colors.

Performance Tip: Around Sharp (AS)

Around Sharp (AS) is a Sharp Performance Tip with a free spinning bowl-like ring surrounding it. For Stamina and Defense, it has good Stamina and the bowl helps it to regain its Balance. It resembles Wide Defense but the tip performs as Sharp. Wide Defense is still an overall better choice for Stamina (only by half a sec.). It is somewhat the opposite of Eternal Wide Defense (EWD) but does not have balance issues like ES, S, MS, BS, etc. It is similar to the B:D peformance tip from Phantom Orion. 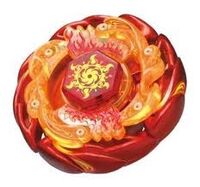 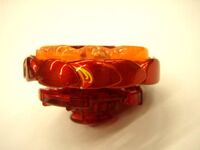 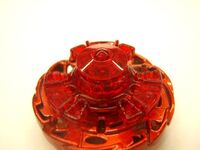 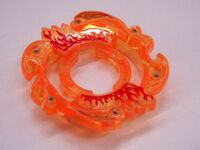 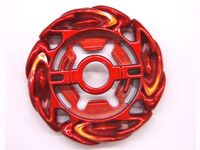 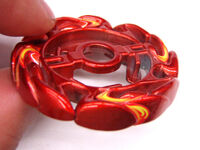 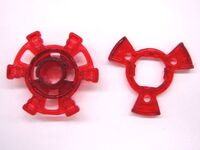 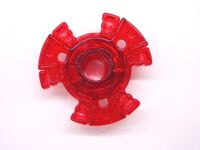 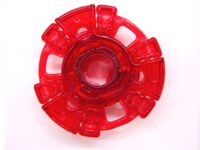 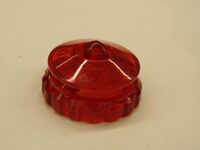 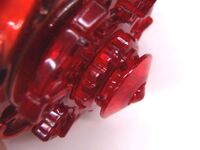 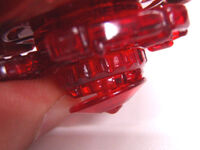 Sol Blaze in the anime.
Add a photo to this gallery

Retrieved from "https://beyblade.fandom.com/wiki/Sol_Blaze_V145AS?oldid=246016"
Community content is available under CC-BY-SA unless otherwise noted.