Stealth Battlers is a recent Beyblade line of the Beyblade: Extreme Top System, created by Hasbro. Stealth Battlers each have a gimmick of a unique feature, that automatically deploys during battle for "more competitive play"; marketed to "deploy and destroy".[1] It was released in early, January 2012 in North America.

The Stealth Battlers are designed just like regular Beyblades but have each have their very own unique feature that automatically deploys during the battle to allow for a more competitive type of play to "deploy and destroy". They come in various size and shapes, and just like the Tornado Battlers and Electro Battlers, they each come with a Ripcord Launcher. Companies that make fake Beyblades have also introduced Big Bang Pegasus Jumper, Fang Leone Drone, and VariAres Energy Drain as part of their fake series,

Eleven Stealth Battlers were released, they are as follows: 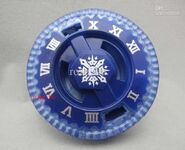 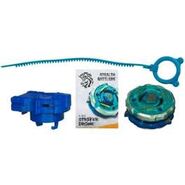 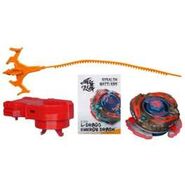 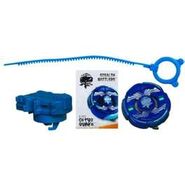 Add a photo to this gallery
==

Retrieved from "https://beyblade.fandom.com/wiki/Stealth_Battlers?oldid=400929"
Community content is available under CC-BY-SA unless otherwise noted.