The String Launcher (Japanese: ベイランチャー, BeyLauncher) is an alternative to the Ripcord Launcher used to launch Right-Spin Beyblades from the Beyblade: Metal Fusion, Beyblade: Metal Masters and Beyblade: Metal Fury toy lines. They are notoriously known for their incredible power that launches these Beyblades - thanks to their implementation of a string, as its name would suggest.

First released on October 23, 2008 by Takara Tomy in dark-blue however, they had futher releases in different colors and designs. Takara Tomy occasionally included them with Beyblades such as Meteo L-Drago LW105LF and Gravity Destroyer AD145WD. Hasbro solely sells them separately however, while Sonokong provides releases in select Beyblades and Sets.

Compared to its counterpart, the Ripcord Launcher, the String Launcher generally holds the same design. What makes it unique is in that it discards the use of a ripcord in favour of a T-shaped handle supported by string. This long, white string is placed on a white gear that works together with a smaller gear in order to retract and allow use.

It is because of this string that causes the Launcher to be the most-favoured and popular for Beyblades of the Beyblade: Metal Fusion, Beyblade: Metal Masters and Beyblade: Metal Fury toy lines. Using the String Launcher not only increases power, but speed as well. This works in several ways for different Beyblades; an Attack-Type will undergo speedier movement, a Defense-Type would have better stability and a Stamina-Type can definitely show more endurance. Whereas with a simple Ripcord Launcher, these changes may not be so significant or noticeable.

As a result, this immediately causes the String Launcher to be heavily sought-out and desired. They have seen various uses in Beyblade tournaments and events; the top three finalists for the 2012 World BEYBLADE Championship even used them. Alongside this, String Launchers can also be connected with a Launcher Grip.

Hasbro's String Launcher has a longer neck than Takara Tomy to prevent the string from breaking, but because of a longer neck it isn't compatible with Takara Tomy's launcher rubber and suspension. They also have it in a metallic red for right spin.

Some people have complaints with these type of Launchers. The handle can be broken off if pulled all the way. Due to this, some people demand a ball-shaped handle or one made of metal. The string may also be broken in the same way. Due to this, a player should treat it with care. You should not get knots in the string because it will make the string weaker when you untie them. 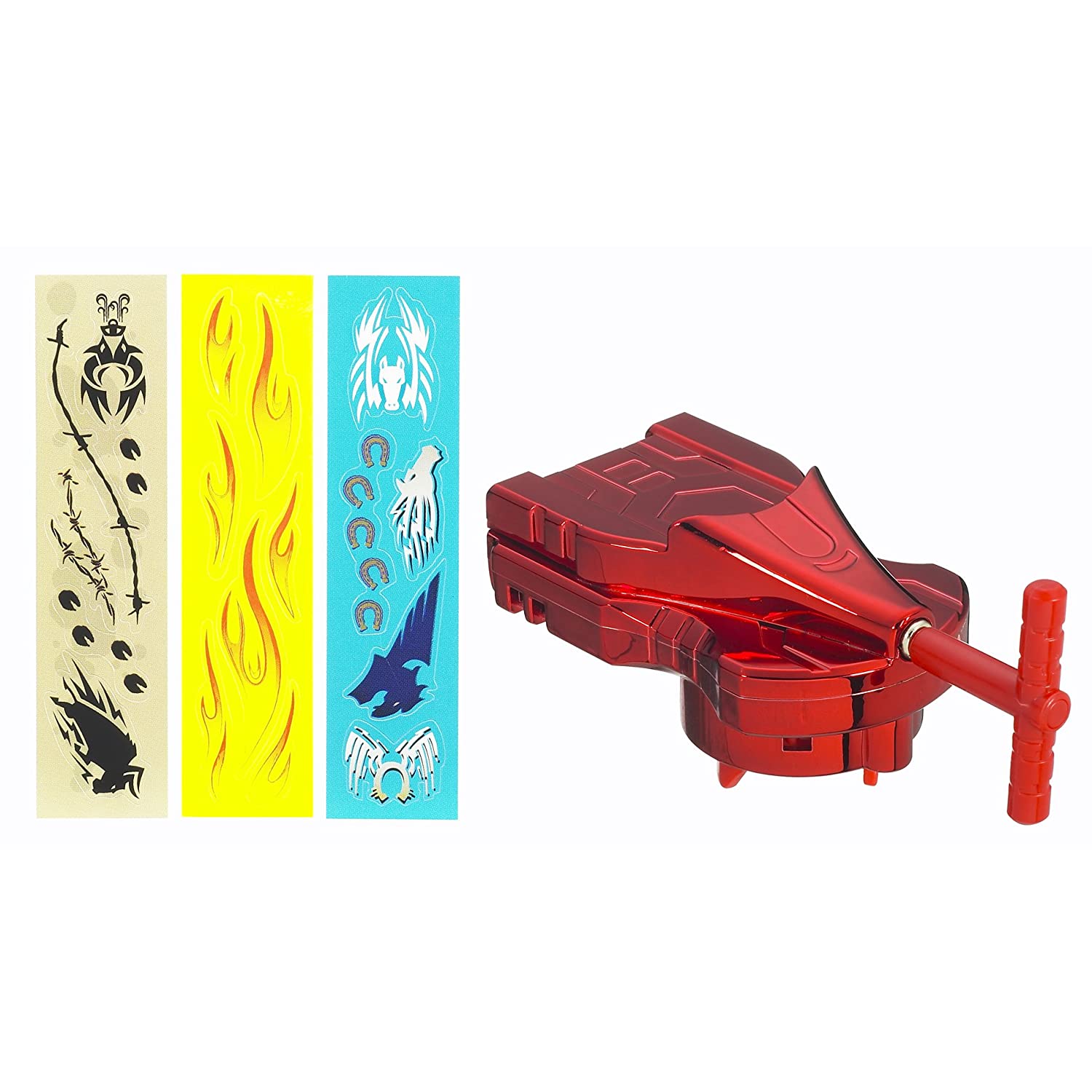 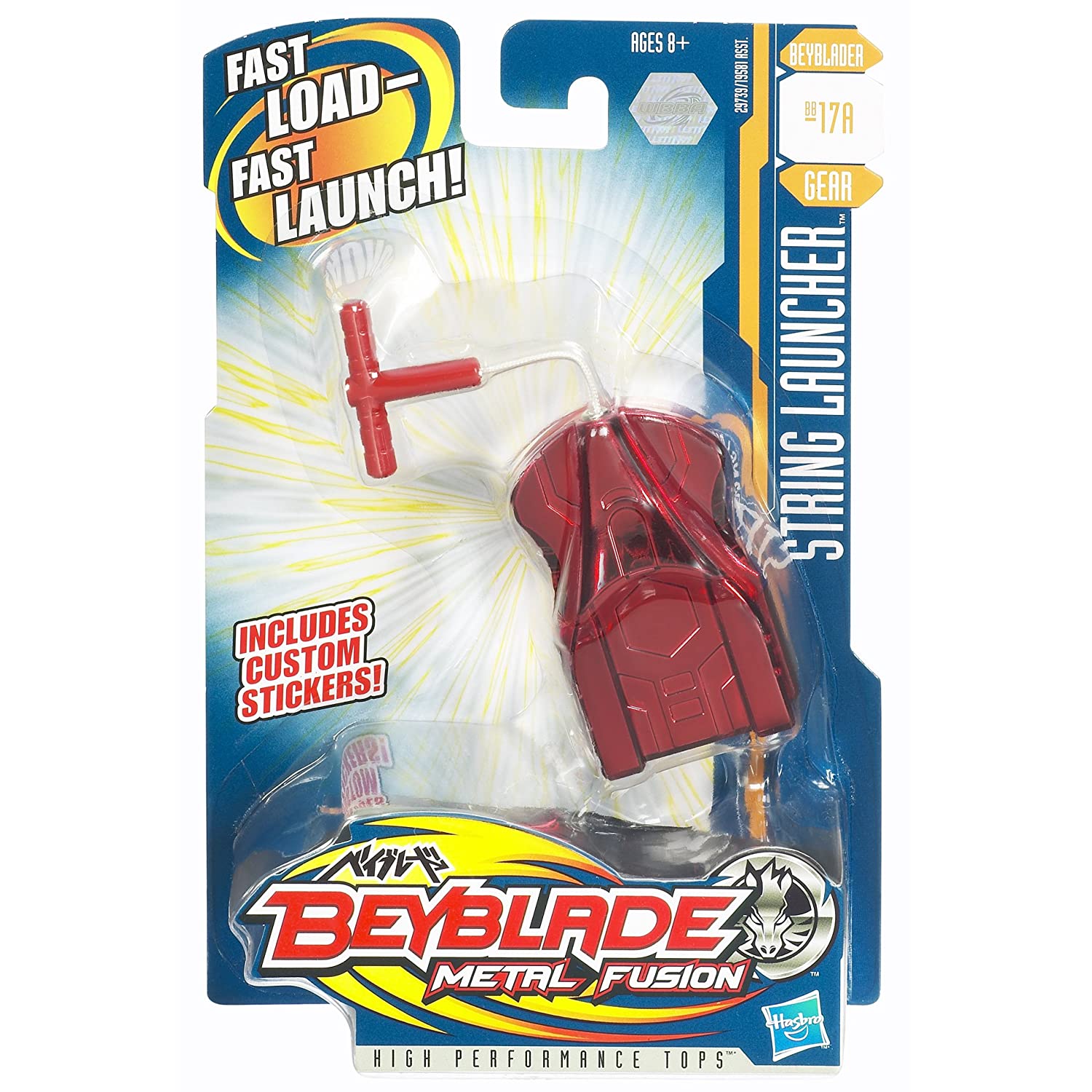 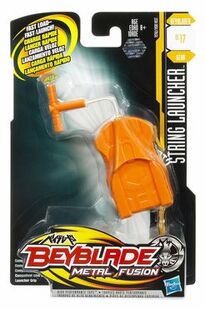 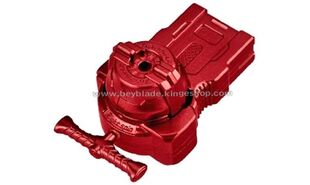 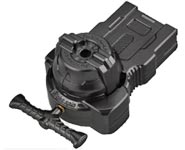 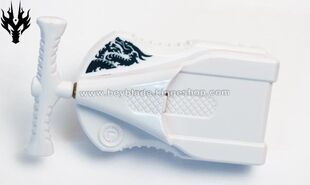 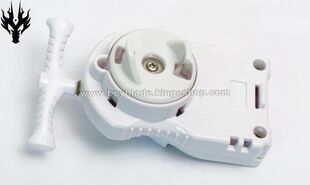 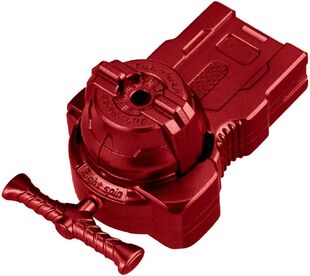 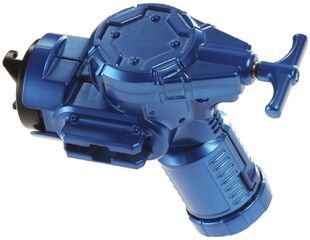