Tetsuya Watarigani (渡蟹 哲也, Watarigani Tetsuya) is a reccurring character in Metal Saga, debuting in Beyblade: Metal Fusion. He is a mysterious blader with an insane personality with an undying love for his former bey; Mad Gasher CH120FS. He also cheats to make his opponents think that he is strong, but it dosen't work anymore.

Through his nonsence he isn't a bad person. He always likes to cheats at his battles and easily gets treated.

Tetsuya first appears in Metal Bey City, challenging Kenta and his friends to a battle and beating them using unfair means. He then challenges Gingka to a battle, but the challenge is declined due to Tetsuya's cheating in the previous battle. However, Tetsuya had this covered by keeping Madoka hostage, thus forcing Gingka to get into battle.Tetsuya loses the first round but by summoning crabs in the stadium, he is able to win the second match.

Gingka tries to reason with Tetsuya but to no avail, but with a little help from his friends is able to figure out Gasher's weakness, Tetsuya threatens to harm Madoka. Just when the threat could work out, Madoka comes running to Gingka and Co., being saved by Benkei. Gingka then knocks Gasher out with his special move, Tornado Wing. 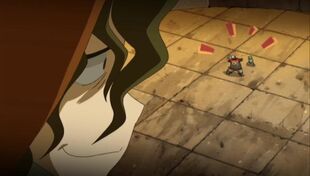 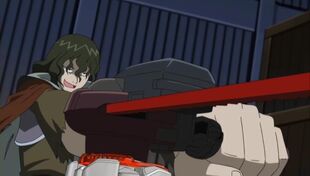 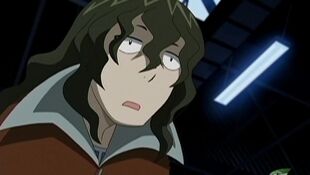 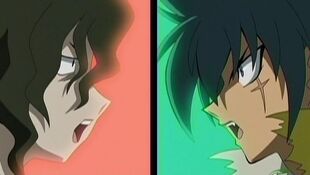 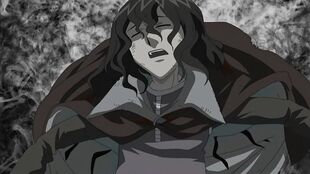 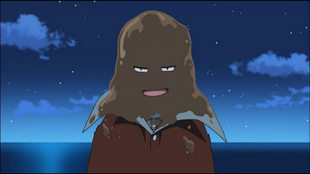 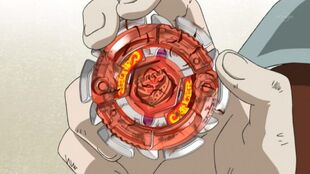 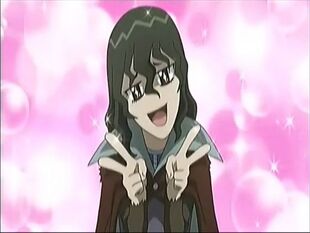 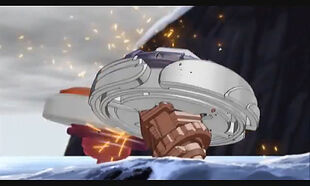 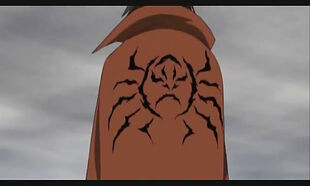 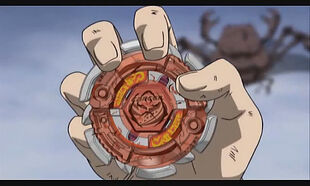 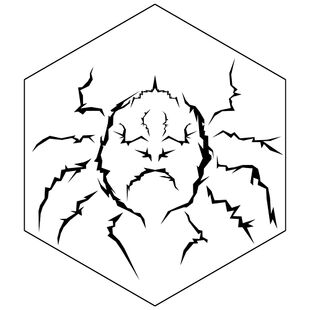 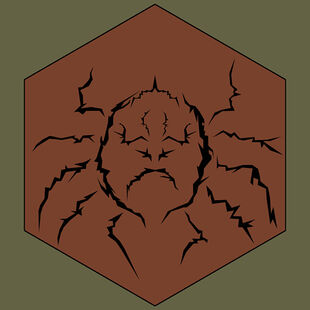 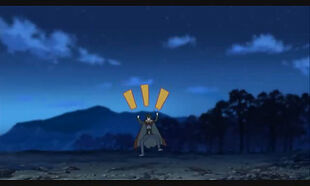 Tetsuya Watarigani is running away from his battle with Gingka Hagane. 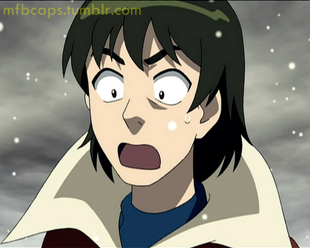 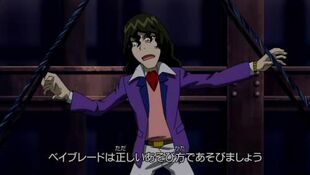 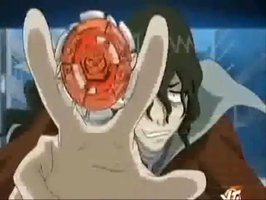 tetsuya holdin his mad gasher
Add a photo to this gallery

"The crab that scuttles away today lives to pinch another day!" - Episode 28 to Gingka after he defeated Tetsuya