Thunder Leone GB145BS is a Stamina Type Beyblade that was released in the 2-Pack called Solid Iron Showdown 2-Pack, along with a recolored version of Thermal Lacerta WA130HF.

Leone I is a circular Energy Ring with small ridges and an armor-like design. Although its circular shape gives defensive capabilities, Leone I is too light and has poor weight distribution, and thus is outclassed heavily by later releases such as Gasher, Aquario, Bull, etc. The Energy Ring features camoflauge stickers for its detailing.

Thunder is meant to be a Fusion Wheel version of the Metal System Libra Wheel. It features a similar round design, with small indents to form the shape of scales. Its usage however is limited; in Defense Type combos, it is outclassed by thicker Fusion Wheels with the same shape, such as Twisted, and heavier Fusion Wheels such as Duo. Due to its round shape, Thunder has no Attack potential whatsoever, and even its Metal System predecessor Libra, is more useful for Stamina Type combinations.

Gravity Ball 145 (GB145) is a wide, round Spin Track with two free moving metal balls. These balls move towards the outside of the Spin Track while spinning, causing additional spin retaining force. While the Spin Track is relatively heavy due to the inclusion of the metal balls, it has been outclassed by later releases of Stamina Type Spin Tracks.

At release Gravity Ball 145 was seen as inferior to Claw 145 (C145), due to the lack of energy-absorbing free spinning wings, making it not as effective against low attacker Beyblades, which were popular at the time. Gravity Ball 145 later found use in Defense Type combinations against Change Height 120 (CH120)-based attacker Beyblades. These types of attackers do not aim to hit the Spin Track, and thus the free spinning wings of C145 are not necessary, and instead a Beyblade could be given a significant increase in the overall weight of the customization. However, it has been outclassed for Defense Type customizations by Spin Tracks such as Boost Disk 145 (BD145). 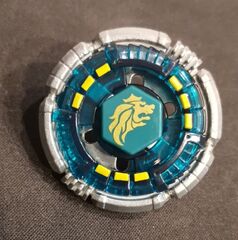 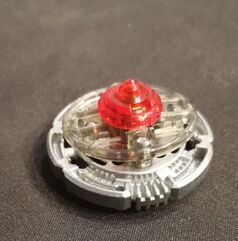 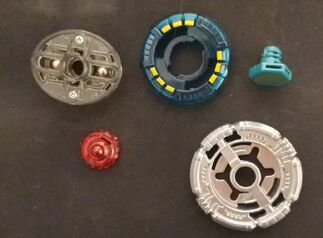