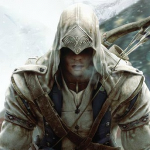 more of a home-made movie

One Day i Was Practicing beyblade with my friend Perseus but i always lost to him and his bey, Lightning Zeus LW105WF. One day while we were practicing, our grandfathers Zeus, and Posiedon, warred, a beam of lightning and a beam of water hit our beys. Before he could react me and my Diamond Theseus RSW145EWD attacked and shot Zeus right out of the Enormous stadium. I had finally beat Perseus. We fought together for a few weeks then went on our own. I went on my own for a while until i found the Beyblade wikia, there i met User:FastBlade5035 then i met User:Edboy3, User:Hazeshot, User:Manaphy12342, and User:LikeGames, i then became friends with them.

after that fake story (except for the friends part thats true), heres my profile.Hi my name is Ian and i am a HUGE fan of beyblade. My first beyblades were Earth Eagle 145WD and Dark Libra ED145SD. My favorite beyblades are and Pegasus, Leone, Zurafa, Pisces, Gemios, or Scorpio beys. I am a Gemini in real life and look forward to buying Evil Beafowl UW145EWD, Ray Gil 100RSF, Cyclone Herculeo 105F, and Hell Kerbecs BD145DS. My team of bladers consist of me (leader) my friend Latrell (2nd in command), and Alex and Dylan. i call us "The Slashers". My favorite band is green day an i am a fan of eminem, t-pain, chris brown and dr. dre. I have a youtube channel which i enjoy making videos on. I enjoy sceances, alchemy, and ghost hunting too. I Modified My Hades Kerbecs to Have More Metal, Heavirer, And Makes Sparks.

Retrieved from "https://beyblade.fandom.com/wiki/User:Ifox001?oldid=105232"
Community content is available under CC-BY-SA unless otherwise noted.