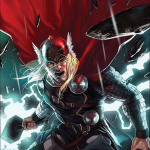 Guardian of the Temple on Mist Mountain, advanced blader, blader of Jupiter

Hey people, I'm Jupiterblader and I love beyblading. My favorite character is Dynamis. I started blading November 2011. My first bey was Lightning L-drago and my latest is Gladiator Bahamdia.

I started battling November 2011, it all started when we got our allowances and were planning to buy. I couldn't decide what to get, then my brother said that he wanted to buy beyblade. I wasn't sure what he saw in it, but I looked at the beys and the posibilities were multipying in my head. I made a deal with my brother, I would buy a bey and split the amount for the stadium. I bought Lightning L-drago and my brother got Storm Pegasis. We battled abit and I always won, the thrill was gone within two weeks. But next month we were about to set out to send our allowances again and right before we left, we watched the Beyblade anime. I was inspired once again and since then I have been using what money I earn to get new beys, even to spend extra money to make the awesome Takara Tomy ones come sooner. I have done many things on this wiki including creating the anime part on the page Dynamis. But my favorite thing to do here is create beyblade collages. If you find one on this wiki it was probably created by me. If you have a request for a certain character or group collage, post on my message wall and I will see what I can do. Bellow is some of my work.

My beyblades in order of when I got them

Friends on this wiki

Synchro37: We met when he asked me to make him a Kyoya collage, I did so and he used it as his avatar picture for a while. Then I asked him to participate in my voting tournaments (sorry if you missed it) and he did so. I would consider him a friend here.

Ryuga K.: It started when he joined the wiki, I noticed that it was his first day and welcomed him. We had a bit of trouble understanding each other at first, because he is Italian and I am American. H e wanted to know if I spoke Italian, which I only knew because of the wiki's translator. Now we talk using the translator and to tell the truth, I couldn't care less that if we really met we couldn't understand each other. He is a definitely a friend.

Number1blader: A friend Gladiator's is a friend of mine.
Retrieved from "https://beyblade.fandom.com/wiki/User:Jupiterblader?oldid=245395"
Community content is available under CC-BY-SA unless otherwise noted.