Virgo DF145BS is a Stamina-Type Beyblade. It was only released in Japan and its "Legend Version" is Night Virgo DF145BS. Virgo has the same spin track and performance tip as Pisces and Libra. In the anime though, it is similar to the bey owned by Chao Xin, Virgo ED145ES.

The Face depicts "Virgo", Latin for "Virgin" and the sixth astrological sign of the Zodiac. The bolt shows a women with the hair trailing in the back and appears to be dancing.

Virgo is one of the most smooth, circular Wheels currently available. Its circular shape is composed of two large, and long slopes which connect with each other to form the circle; however, despite their appearance, they don't offer any Upper Attack. These properties lend themselves well to Stamina, and despite its relatively average weight in comparison to other Wheels, Virgo has found its place among the best Stamina-based Wheels currently available. It's new Legend Fusion Wheel is "Night".

One very important thing to note is the different mold variations that have been discovered for Virgo. Just looking at the Wheels themselves, it is impossible to tell what the actual difference in the mold is. However, through testing, it has been determined that there is balance issues that Virgo Wheels encounter. Some of them have been reported not having a solo spin time above three minutes while others are able to spin for over five minutes. The disparities between the Virgo Wheels cannot be ignored, so it is encouraged to test your Virgo Wheel by itself before using it in a competitive situation. It will either be classified as a 3 minute mold or a 5 minute mold, based on how long it spins with the bey combo Virgo 100MS.

DF145 has four upward facing wings protruding from the top of the Track, which aside from giving it extra weight are meant to push air downwards. It is now outclassed for use in Stamina combinations. Instead, Tracks such as AD145, 145, 100, 90, and even 85 are used.

BSs performance is quite similar to that of S. BS offers very little movement and as such gives no Attack potential. The pointed tip allows for very little friction between the Bottom and the stadium surface, which helps prevent the loss of spin velocity. BS has decent Stamina, but because the tip is so fine, it experiences the same balance issues that S does. The D series and B are much better choices for Stamina. 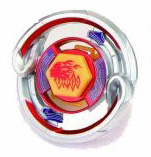 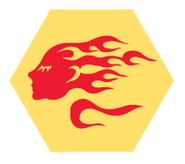 Motif
Add a photo to this gallery

Retrieved from "https://beyblade.fandom.com/wiki/Virgo_DF145BS?oldid=232604"
Community content is available under CC-BY-SA unless otherwise noted.