Wolf Crusher is best used in conjunction with an uncustomized Wolborg MS. At first glance, it is deceptively aggressive looking and seems to have some upper attack However, in actual performance it is very reserved. It has a circular, balanced form that lends itself well to Survival. It will not interfere with the life after death capability of the Circle Wide. However, this AR does not have many practical applications outside of being combined with Wolborg MS's Bearing Core.

Bearing Core was one of the most highly anticipated parts at the time of its release, and it did not disappoint. This RC remains to be unarguably one of the most important parts for every Blader to own. It has the best Survival capability of any part ever released

Bearing Core has a thick, sharp plastic tip attached to a metal shaft that runs into the Running Core. Between the shaft and outer casing of the Running Core is an NSK ball bearing, such as the ones present in previous Survival hallmark Beyblades.It has incredible defense power. The Bearing Core completely outclasses every Survival part preceding it. 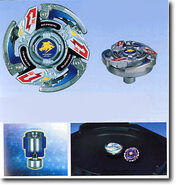 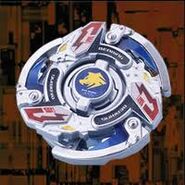 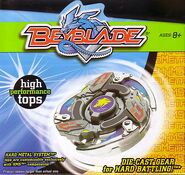 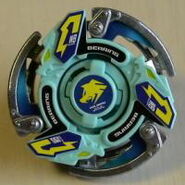 Retrieved from "https://beyblade.fandom.com/wiki/Wolborg_MS?oldid=159427"
Community content is available under CC-BY-SA unless otherwise noted.