Active
The World Beyblade Organization (commonly abbreviated as WBO) is a Beyblade internet forum that is heavily regarded as the world's most active Beyblade website and the most popular; as it states, it is the "unofficial sanctioning body" for Beyblade. It contains forums for Bladers to read and post, as well as managing and creating worldwide events for Bladers to compete in around the world. It has two YouTube accounts, one being BeyChannel and the other being Beywiki with the latter being abandoned. It also has a Twitter and Facebook account. Click here to visit it.

Ever since its launch on October 7th, 2007 by Bey Brad as its former-name, "Beywiki", the World Beyblade Organization has grown enormously with over 100,000 users registered thus far as of June 2020. It has often been called "the world leader in Beyblade news" as well as keeping the Beyblade hobby alive, ever since its hiatus. It has been recognized by Beyblade officials and maintains a very high web traffic as thousands of users log-in to it, every day.

With its ultimate goal -tournaments-, Beyblade information, and incoming news, it is highly recommended a Beyblade fan register an account and become part of this influential community.

The World Beyblade Oragnization (WBO) was founded on October 7th, 2007 by its original name, "Beywiki". It was created in less than 48 hours by its founder, Bey Brad. However, at the time, the fansite did not have many users and was not as active as it is today.

Despite this, after a few days, Beywiki grew in not just its user count, but its content, and overall its popularity. Throughout 2008, it would constantly be receiving new users to join each day along with new topics in the forums.

Beywiki was liked so much, because of how it managed to keep the hobby alive and running even when it received a hiatus following G-Revolution. It was able to host tournaments around the world and let Bladers meet other such Bladers that loved Beyblade.

Another major contribution to Beywiki's increasing popularity was because of Beyblade being announced to have a revival by the name of Metal Fight Beyblade to launch on August 9th, 2008. This saw for a huge growth in members as well as higher Alexa ranks and Google ranks.

Bey Brad, however, would retire from the WBO sometime in late 2009 due to a conflict of interests. During his absence, the staff (called Committee at the time) was led mainly by Kai-V but decisions and actions became a group matter. After six years, as of 2015, Bey Brad has officially reintegrated the WBO Committee.

Below is the ultimate goal of the World Beyblade Organization.

In December 2016, Bey Brad had announced that He and Kai-V had worked with Metal Fight's Creator Takafumi Adachi in addition with another artist to create two characters, Taka and Fumi, to represent the site and the passion of Bladers everywhere.

In 2020, The World Beyblade Organization had been registered as a Not For Profit Organization in Canada under the name Fighting Spirits Inc. along with a consolidation of staff.

The WBO contains many forums for members to post in on a random topic. They are as follows:

The WBO hosts special Beyblade events once a year. They are usually held at the anime convention, Anime North in Canada. They include:

A special celebration of Beyblade and its community that always takes place on the before-last weekend of May, every year. Active and inactive regions around the world are invited to take part in the festivities and host as many tournaments around the globe as possible within just those two days. A BeyLotto offers the chance to all participants and fans with special online participation to win sets of prizes as well, even if they were unable to attend one of the tournaments or if they did not reach the top 3 in them.

A series of Beyblade tournaments centered on commemorating the Plastic Generation and the Hard/Heavy Metal System Beyblades. The HMS & Plastics Remembrance Day is always scheduled in July and also offers online activities for Beyblade fans who cannot participate in the organized events.

The WBO celebrates its anniversary each year on October 7th in honor of its founder, Bey Brad. Special events occur and prizes are given away. After a few years, the special day was renamed WBO Anniversary.

These festivities, specifically BeyDays, have lead to some of the World Beyblade Organization's biggest events, such as:

A Beyblade tournament that was hosted at Anime North 2008 on Saturday, May 24th, 2008 from 4pm-7pm at the Renaissance Hotel in the Haliburton room. It succeed the Beyblade Grand Battle Tournament and Tag Beybattle Revolution in 2004 and 2005 respectively, hosted by Off the Chain. Prizes were given out to the winners with total values exceeding $500.

A Beyblade workshop held on the same day as "Beyblade's Not Dead!" at the Toronto Congress Centre at 12:00pm on May 24th, 2008. It was made to teach or refresh people's minds about Beyblade. Strategies, systems of Beyblade, and the state of the game were covered. To go along with it all, battle demonstrations were given where battle strategies were taught. It is still used in any Beyblade tournament.

A Beyblade tournament that was hosted at Anime North 2009 on Saturday, May 23rd, 2009 from 9pm-12 at the Renaissance Hotel in the Golden Delicious room. It followed the "Beyblade's Not Dead" event.

A Beyblade tournament held that was also held at Anime North 2009. It follows the same format as the other tournaments.

Please note, these images are copyrighted and owned by the WBO, you may not use them without the WBO's permission. 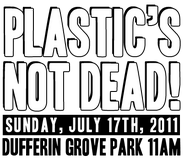 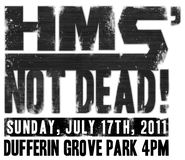