Zeus' Barrier is a barrier named after King Zeus, the elder who stood up against Hades and Nemesis in the past and split the power of Gaia into four; the Bladers of the Four Seasons.

Zeus' Barrier bears resemblance to a compass, similar to Flame Byxis. While the barrier as a whole is circular, it features four sides around it. Each side contains the motif of either Cosmic Pegasus, Fang Leone, L-Drago Destructor (later replaced by Flash Sagittario), or Phantom Orion. There apears to be a clock with various symbols similar to that of Twisted Tempo with arrows throughout. At the barrier's inside, is a large compass-like design with a rectangle inside it. Incased in the rectangle, is a smaller compass that holds or traps, the Bey it is used on.

It should be noted that Zeus' Barrier functions properly, when all Bladers of the Four Seasons are together.

It was used by the Bladers of the Four Seasons in Zeus' Barrier, to trap Proto Nemesis and prevent Nemesis from reviving. Although successful at first, Ryuga was provoked by Doji and left the barrier to prove him wrong. This allowed Nemesis to escape and Zeus' Barrier to fail.

It was then used again in The Tenacious Special Move and The Tenacity of Hades. With Kenta now replacing Ryuga in the barrier, the Bladers succeed in activating the barrier and sealing Nemesis away. However, due to a shard of Pluto's Fusion Hades AD145SWD falling into the Barrier and piercing it, it had a reverse effect and brought out the true dark form of Nemesis. 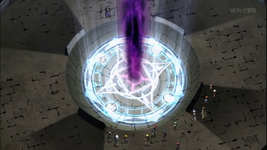 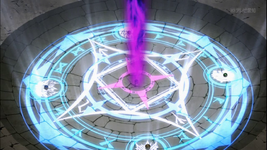 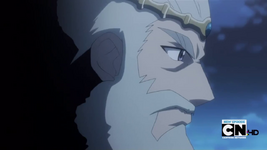 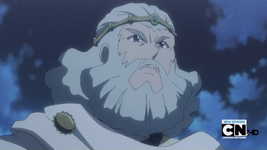 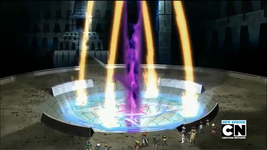 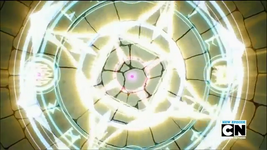 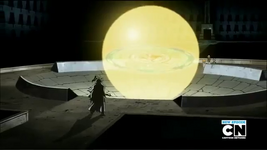